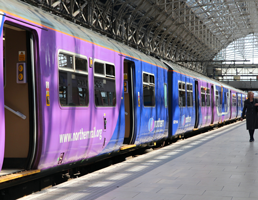 The government has published its new national minimum wage and the real living wage figures in the UK.

Carlisle Support Services has announced that all employees on its Northern Rail contract would be paid the real living wage.

Carlisle said: “As a recognised service provider under the Living Wage Foundation, we actively promote the living wage to our clients with the aims of improving the morale and retention of our employees and to ensure that they receive a fair rate of pay which is enough to live on.”

The company has been working with its recognised union, the GMB, to review the current wage rates within the contract and arrange for the hourly pay rate to be increased in line with Living Wage Foundation rate of pay.