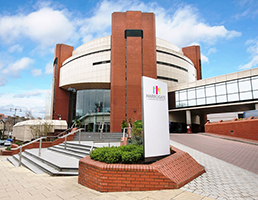 NHS England has announced that two new NHS Nightingale field hospitals will be created in Bristol and Harrogate to provide hundreds of extra beds if local services need them during the peak of coronavirus.

These are in addition to those under development in London, Manchester and Birmingham.

NHS chief executive Sir Simon Stevens confirmed that the next hospitals will be at the University of the West of England, Bristol – to look after up to 1,000 patients – while the one at the Harrogate Convention centre will be able to care for up to 500.

The Prince of Wales opened the first NHS Nightingale field hospital – at ExCeL London – last week. Established in under a fortnight, it will be available as soon as patients across London and the south of England need it.

The Nightingales are part of a nationwide effort to respond to the greatest global health emergency in more than a century.

Sir Simon said: “It’s nothing short of extraordinary that this new hospital in London has been established from scratch in less than a fortnight. The NHS, working with the military, has done in a matter of days what usually takes years. Now we are gearing up to repeat that feat at another four sites across the country to add to the surge capacity in current NHS hospitals.”

The new hospital in Manchester will be built at the city’s Manchester Central Complex while the National Exhibition Centre in Birmingham will take care of patients as needed in the West Midlands and surrounding area – the region that has been second hardest-hit by the virus.

Each of these new services will initially have up to 500 beds, potentially offering as many as 3,000 more between them if cases escalate.