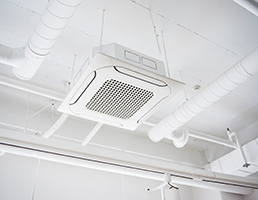 Misleading or irrelevant information Is driving demand for particular technologies in the Covid-19 crisis, says the chair of BESA’s Health & Wellbeing in Buildings group.

Nathan Wood said there were a lot of false claims being made for different technologies with the potential to help to tackle the transmission of the virus.

He believes that there would be a greater chance of success if more technology providers collaborated to produce full system solutions.

Wood said: “Rebranding an old product and giving it a new filter is not innovation. There is a lot of responsibility on the HVAC sector at the moment and we have to be careful about what claims are being made.”

He added that people were spending an average of 90 per cent of their time indoors before the pandemic struck – and estimated that figure could well now be as high as 98 per cent (mostly at home) – placing even more pressure on the industry to deliver robust indoor air quality (IAQ) solutions.

Wood told a recent BESA Covid-19 update webinar that “the direction of the airflow is critical for IAQ”.

“If you ask someone to work from home that doesn’t mean you can then just forget about your responsibility for their health and wellbeing,” he said.

Peter Dyment of filter manufacturer Camfil told the webinar that there was “lots of misinformation doing the rounds”. This included a claim that HEPA filters were not capable of capturing Covid-19 particles, which he said was “categorically untrue”.

The virus particles measure between 0.12 and 0.16 microns, which is well within the HEPA range – and the droplets inside which they are transmitted are even larger. He also advised the industry to make sure it was only using filters that were tested to the relevant industry standards.

Hillary Spicer of E-CO added that ultraviolet technology could play an important part in neutralising virus particles in the airstream. He said it was routinely fitted to air conditioning and ventilation systems in the US, but most of Europe had been “slow and backward” in the adoption of this approach.

“There is no silver bullet – in many cases, you will need to combine technologies to get the right outcome,” he told the BESA webinar.