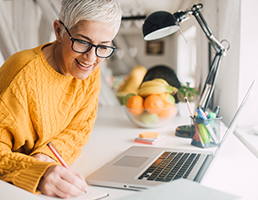 Only one in five (20 per cent) of UK adults plans primarily to work from home in future – and just 16 per cent hope that homeworking replaces the office, shows independent polling commissioned by the British Council for Offices (BCO).

Last week, Twitter, the social media company, announced that staff could “forever work from home” if they wished. However, that offer would only be partially taken up by British workers, with many instead opting for ‘mixed working’ – balancing time between the office and home.

Workers are clearly missing office life. More than a third (34 per cent) say they miss socialising with colleagues, and 35 per cent miss getting out of the house or being in the centre of town. Additionally, a quarter of those polled (25 per cent) feel the need for a physical distinction between work and leisure.

Richard Kauntze, chief executive of the British Council for Offices, said: “Lockdown has prompted a great deal of speculation about the end of the office. However, this polling shows that just because people can do something, it doesn’t mean they will. The office remains popular because we are social beings, who work best together.

“Certainly, the way we work will change. Mixed working will probably become more popular and some of the stigma around working from home will fade away, with people working from home more than they used to. However, the office will remain our most popular place of work. Rumours of its demise are much exaggerated.”

Despina Katsikakis, head of occupier business performance at Cushman & Wakefield, said: “Lockdown has shown that working from home can work, and at scale. However, we should not forget the many benefits that an office can possess. When working together in an office, people feel more connected to corporate culture and learn from each other, which is likely to positively impact creativity and innovation. The way we work will change as a result of the lockdown and the role of the office will change accordingly, but that is a far cry from this being the end of the office.”

The polling also found that Britons were cautious about adopting many of the proposed measures for returning to work. Only 23 per cent plan to download a government-backed app to help track the spread of Covid-19, perhaps reflecting concerns about personal information and privacy. Just 21 per cent plan to walk, run or cycle to work, which may be a reflection on the distances many people travel to work. Furthermore, a mere 19 per cent intend to check their temperature before going into work.

Most of those surveyed (54 per cent) will regularly and thoroughly wash their hands. Nearly a third (29 per cent) will avoid busy lifts, suggesting that employers may be right to impose limits on the number of lift occupants.

The findings indicate that employers will have to make it as easy as possible for workers to return to the office in a safe and, where possible, socially distanced way.

Kauntze said: “It can be easy to expect people to make significant changes to the way they live and work, but these results provide a dose of reality. Most people have habits and are busy, so it is essential that workplaces are designed to make hygiene and social distancing as convenient as possible. This can mean changing layouts to provide more space, providing handwashing and sanitiser points, and cleverly implementing screens and other design fixes.”

The polling was conducted by Toluna, an independent market research agency, and took place from 12-15 May.

Saving time and money, along with prioritising family and health are key drivers behind the desired move to long-term flexible working arrangements.

Opinium conducted this research among a nationally representative sample of 2,002 UK adults during 9-14 April.

In addition, HR directors expect 70 per cent of the workforce would have some form of flexible arrangement after coronavirus restrictions are fully lifted – a 45 per cent increase on current levels.

Chloe Couper, business manager at Direct Line Life Insurance, said: “While the lockdown has been an incredibly difficult and disruptive time for many, it seems to have also had an impact on the mindset of millions of UK workers about the aspects of their life they want to change once it is over.

“Many people wouldn’t have considered their employer would accept a flexible working request, despite it being legal to make one, before the pandemic but now companies and employees have become used to home working as the ‘new norm’, it seems many hope to make part of the change permanent. Going through such a serious event as a pandemic will understandably make some people want to reassess their lives and priorities going forward. Protecting health and family are vital and it is great to see so many wish to spend more time doing both.”