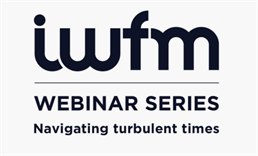 Remote working has increased productivity but employees are missing a sense of relatedness with colleagues, listeners to an IWFM webinar about wellbeing during Covid-19 heard on Thursday afternoon.

Tom Flatau, CEO of neuroscience-based training firm Teamworking International, who was a part of the panel discussion hosted by the IWFM, told colleagues and listeners: "The brain is a social organ - all neuroscientists will tell you that.

"Even though in many ways homeworking has increased productivity, in some organisations what people are complaining about is the lack of relatedness between people. Many come to work for that social contract with colleagues, which they're missing so we need to engineer some of that as best we can, in a remote way."

Flatau also said many of his clients were suffering from "Zoom fatigue".

He said: "When you're not face to face your brains are not picking up on micro signals. It's [the brain] having to do an awful lot of extra processing to read between the lines for an hour. So a Zoom meeting is way more fatiguing than an hour's face-to-face meeting and people don't realise this and wonder why they're so knackered at the end of the day."

He recommended taking breaks. "Putting ten minutes between each meeting is going to really help," he said.

Flatau also said it was "so incredibly important" at this time of anxiety for workers to be "allowed to meander with our thoughts and ruminate".

He said: "Our brain is in what's called the default mode network where we're very alert to threats - it is anticipating bad news and what could possibly go wrong. That creates anxiety. Whereas if we have objectives, projects and a specific focus, it immediately switches the brain into the central executive network where rewards rather than threats, come much more to the forefront. People generally feel better."

The solution, continued Flatau, was focus, structure and good management.

"It is up to everybody to make sure that they have real focus at the beginning of each day so that they know what they're working on, they know what their projects and deliverables are. That's where very, very good management is important to help people set those clear objectives."

This was the seventh episode in the IWFM's ‘Navigating turbulent times’ webinar series. The episode was titled ‘Remote yet connected: wellbeing during COVID-19’.