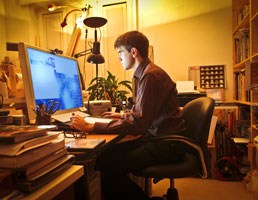 Real estate consultant JLL claims it has recorded “a dramatic shift” in its own staff’s appetite to work from home more.

There were more than 1,300 respondents to its JLL Living Survey, including about 200 Britons. Respondents in the UK range in age from 20 to 65 and live right across the nation.

Another significant survey finding was that there had been an increase in the number of employees who said they now want to move home and their most important housing priorities have shifted – private outside space, faster broadband and a private home working area have significantly risen in importance.

JLL states that “crucially, just 3 per cent of respondents said they would like to work from home full-time – the same percentage as pre-Covid”. It says this would indicate that most workers still want access to an office – but that the role of those offices might change.

In a recent interview, JLL’s UK CEO Chris Ireland said offices could become “ideas factories” where people meet to be collaborative and creative.

The firm stated that it would “continue to revisit this survey in the coming months to see whether people truly have shifted their housing needs, or whether their current attitudes will begin to fade as they return to ‘normal’ life”.