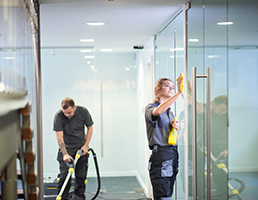 The European cleaning industry has seen “steady growth” over the past five years, indicates a study by the continent’s voice for the cleaning sector.

The statistical report by the European Cleaning and Facility Services Industry, The Cleaning Industry in Europe, states that the industry grew by 8 per cent – reaching a turnover of €120 billion.

It also says employment in the sector had seen an increase of 15 per cent over the past five years and now employs 4.1 million people across the continent.

The number of companies in the industry also grew, reaching a total of 283,506.

The increase is largely because of a growth in the number of companies in Germany, Italy and the UK. The number of UK companies grew by more than 1,500, mostly small enterprises with fewer than 10 employees.

Germany also noted a strong growth of 1,300 companies, most of whom were self-employed operatives. But the number of companies decreased significantly in Belgium and Greece, notes the report.