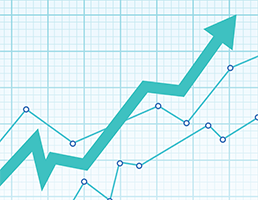 Demand for FM services during the Covid-19 pandemic has increased in the healthcare sector but has drawn less demand in sectors such as retail, according to the second quarterly RICS UK Facilities Management Survey (May 2020).

The healthcare sector, for obvious reasons, has boomed from 44 per cent in February to 68 per cent in May. But a “flat demand trend” was reported in education, private industrial and other private sectors.

Predictions for the FM market over the coming 12 months have also shifted in the wake of the pandemic. In February, survey respondents named sustainability management as having the strongest growth rating for the next 12 months, but the May survey now lists cleaning at the top. The second strongest growth expectations were workplace and relocation management.

Regarding preparedness to reopen buildings once the lockdown is lifted, 46 per cent of respondents – using a scale of 1-6, with one being not at all prepared and six being completely prepared – scored five out six for their preparedness. The average rating was 4.7 out of six – suggesting general readiness for buildings to reopen.

Simon Rubinsohn, chief economist at the Royal Institution of Chartered Surveyors, said: “The legacy of Covid-19 will not just be lasting scars on the macroeconomy but also profound changes in where and how people work as some level of normality begins to return.

“Unemployment is set to move materially higher, which will have an inevitable impact on the demand to occupy space. However, alongside this, there is also likely to be a shift in expectations as to what people are likely to want from a workplace environment. This is all picked up in the latest RICS FM survey, which indicates that there will be a move to more agile working going forward.”

Paul Bagust, global property standards director, said: “The FM industry has shown great resilience during this period of lockdown and it is clear that as we look to reopen buildings the profession is going to play a central role in providing safe and productive environments. FM professionals will be called upon to build trust with asset users and will play a key role in innovating through technology and other means to support organisations in their decision-making.”