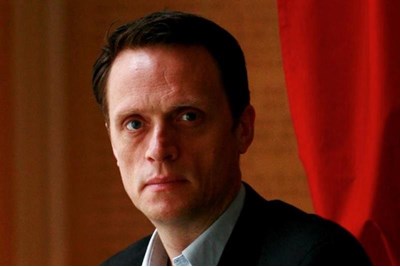 The post-Covid environment will be a very difficult time for business leaders as they juggle greater employee expectation and challenging economic circumstances, said the chief executive of the RSA.

Matthew Taylor made the comments during an interview for the sixteenth episode of the IWFM’s ‘Turbulent Times’ webinar series, which was conducted on Wednesday. In a wide-ranging discussion, organisations embracing structural change to survive in a post-Covid world of work was a common theme.

“Let’s remember that two-thirds of organisational change strategies fail. And the single biggest reason they failed is because they were too much about aspiration… and not enough about the pathway that you might actually get there. That's why we get things wrong so often.

“The starting point is listening hard; talking to the people who are going to be affected by change, being really deeply committed to engagement. That's slow and difficult, and the processes have got to be designed right. But if you don't do that you will immediately put people into a defensive and anxious mindset.

“Very often leaders flatter themselves and say, ‘I believe in radical change, the problem is I've got to persuade [everyone else] of my radical vision', Actually when you talk to people in the front line or in the middle ranks in an organisation they are often the ones most acutely aware of the way that things aren't working.”

“The fundamental question in organisations is, how do you think about change? Are you willing to take the time to negotiate change, including understanding that [something] might change our view of what you’re trying to achieve? Or do you just say no, I'm going to do it myself because it's quicker and easier’?”

Asked whether organisations risked falling back into pre-Covid ways of working in a post-crisis world, Taylor accepted the possibility.

”History tells us that, generally speaking, people behave incredibly well in a crisis; there's a great upsurge in solidarity and collectivism, but it doesn't last because life returns to normal.”

Although we need to be realistic about the extent of lasting change, the Covid-19 crisis does, said Taylor, look like leaving a lasting mark.

“Hopefully, we’ll have a lot more GP staying with online consultations and organisations that really understood that digital is not just about technology but about the whole business model and the way you deliver service, etc. But then that will create new challenges around digital exclusion, for example; so we need a forensic analysis of what we did in the crisis and what it means.”

During the hour-long interview, Taylor honed in on the quality of organisational leadership, suggesting that more managers needed mentoring to be fully effective in roles that they may well have taken on without any prior formal training.

Taylor, who last week gave his annual RSA lecture on the theme of The Reflexive Age, is one of the speakers at this September’s IWFM Conference. You can listen to the full ‘Turbulent Times’ interview here.