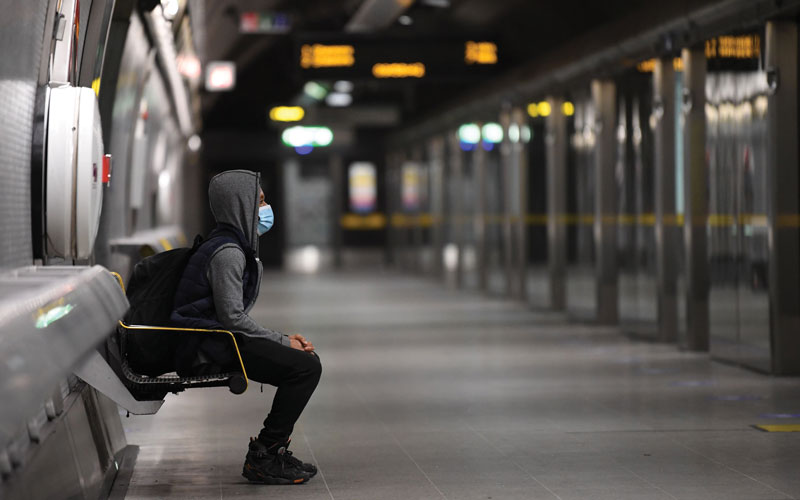 A passenger transport group has called on the government and train operators to offer passengers part-time season tickets among other deals for employees returning to the workplace.

As Facilitate went to press, the Office of National Statistics figures showed that 62 per cent of adults reported commuting to work in September compared with 38 per cent in May. The return to work had begun even though greater restrictions were being instituted as this magazine goes to print.

With firms slowly reopening offices, one significant development has been a passenger transport group calling on the government and train operators to work together to offer passengers part-time season tickets, among other deals.

The aim is to help travellers get back on trains and into city centres after the worst of the coronavirus pandemic subsides.

Independent watchdog Transport Focus said a survey it had conducted showed that of those who commuted by train before the pandemic about two in three expect to continue to work from home more often in the future.

Anthony Smith, chief executive of Transport Focus, said: “People’s feelings about travel, and the way they use public transport, have changed. While the rail leisure travel may bounce back, our research tells us almost two in three former rail commuters expect to work from home more so we will probably now travel less for work, both commuting and on business.

“The government needs to get train companies to offer a combination of cut-price deals, carnet-style ‘bundles’, flexible season tickets for commuters and better value for money fares across the board. To get Britain moving again in the coming months, tickets that fit the way we live and travel now are needed, not just season tickets designed for city gents in the last century.”

A spokesman from Great Western Railway told Facilitate that any plans for part-time season tickets are “just proposals at this stage and one of a number that train companies are suggesting. The Rail Delivery Group is coordinating proposals from train companies across the UK, which will be submitted to the DfT for their consideration”.

A Department for Transport spokeswoman said: “Passengers deserve punctual and reliable journeys at a fair price. That is why we are investing billions into modernising the network and working with industry to try to provide commuters with more flexibility and better value.”

It is understood that the department is working with industry to examine how it can help make sure that part-time and flexible commuters are provided with better value and more convenient options.

“People’s feelings about the way they use public transport, have changed. Two in three expect to work from home more.”

Women and minorities could be sidelined in back-to-work push

Another aspect that has emerged during  the migration back to work is a growing concern that in pushing people back into the office runs a risk that some workers will be sidelined.

The Chartered Management Institute warns that this could mean women and people from minority communities.

Ann Francke, CEO of the CMI, has said that without proper thought, “blended working” – a mixture of remote and office working – could lead to a two-tier system in which women without sufficient childcare who are unable to return to the office as frequently, would be left out of key decisions.

“The risk is when we go back into the office, the people that go back will be the senior leaders. And we know that those senior leaders are largely white men,” Francke told The Guardian newspaper.

Meanwhile, In Wales the government is using the conditions created by Covid-19 to reassess the way employees work. It has stated its long-term ambition to see 30 per cent of Welsh workers working from home or near home – even after Covid-19.

This would be achieved by driving changes to Wales’s working culture that would give more people the choice to work in a way that helps their productivity as well as their work-life balance.

Coronavirus restrictions have seen fewer people working in offices, which has meant a fall in road congestion, pollution and private car use.

The administration has said it wants to give workers across Wales more flexibility to work remotely and believes this has the potential to drive regeneration and economic activity in communities.

Veteran FM Chris Kane recently told Facilitate that the Covid-19 crisis is a chance for FMs to step up as the return to work makes their jobs so much more visibly vital.

Kane, who has just published a new book, Where is My Office?, said: “The nature of how people work is fundamentally changing and I wrote all this before Covid happened and I did make a few minor changes and a colleague of mine said your views were eerily prescient.”

He added: “I do analyse the convoluted fractured nature of the supply system, highlighting the fact that real estate and facilities are the only industry which really hasn’t encountered any massive disruption so far.

“The reality is that in the real estate family, facilities is the poor relation. Facilities have always been the area which I regarded – along with many others – as the Cinderella sector. I think Cinderella is going to go to the ball this time around.”

Kane says the “entire demand for space is changing in front of our eyes” and “people are worrying about the nature of real estate and what lack of activity will do to cities and small traders; there’s going to be fatalities in terms of businesses”.

Kane further says that as a result of the pandemic “we’re seeing evolution turning into revolution” and it is up to the FM sector to look at not only how it can help businesses survive, but how it can support what is emerging as a new way of working.

In Where is My Office? Kane draws upon his experience to investigate the new-found significance of innovative corporate real estate, using case studies from his career, with interviews with industry insiders such as Ronen Journo, SVP of WeWork and Mark Dixon, founder of Regus, provide insights into the strategies that are transforming the commercial property sector.