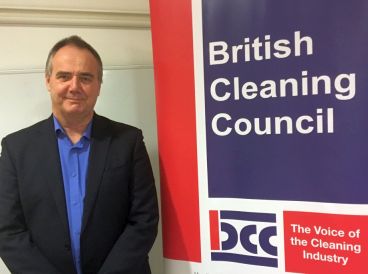 Tributes have been paid to Patrick Jongbloet, a familiar figure on the cleaning and FM scene, who died recently.

Jongbloet had a variety of roles connected to the sectors over a number of years and was well-known in the industry.

His first role in FM was with Eurotunnel in the 1990s, while his other roles included senior consultant with the FM Guru consultancy and five years at Emprise Services.

He joined the Secretariat at the British Cleaning Council (BCC) in December 2017 and worked there until February 2019, continuing to minute-take during meetings until a few months ago.

BCC Chairman Paul Thrupp said: “The news of Patrick’s passing is extremely sad. He had been bravely fighting health issues since 2016 but ultimately lost the battle.

“Patrick was a splendid chap. He was great fun to be around and great company. He was well-known in the industry and very well-liked. He will be missed. Our thoughts go out to Patrick’s family.”