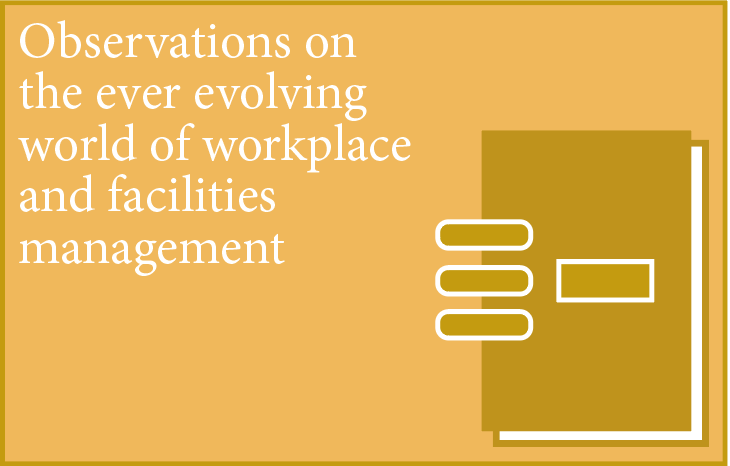 Recent reports of Prince Harry’s new job title as a ‘chief impact officer’, or ‘Chimpo’ for mental health company called BetterUp, made for some useful discussion about the value of such companies and the coaching services they offer.

It also made it difficult not to note the striking similarity to a much touted concept within our sector - the ‘chief workplace officer’, or CWO.

This job title, alas not so easily shortened (‘Chworko’?) was the suggested missing link between organisations and their productivity gaps when promoted as an output of the first Stoddart Review report back in 2018. It’s a role in which one individual can see and act on the synergies between those departments crucial to organisational uptime and performance - for which the facilities management function is ideally placed.

Given the relative lack of traction around the CWO job title - there’s still remarkably little about it online, save plenty of passionate explanations of why one is necessary – might Chief Impact Officer, or perhaps even Chief Improvement Officer, have been a better choice back in 2018?

In its Prince Harry incarnation, 'Chief Impact Officer' appears to be externally focused. But  'Chief Improvement Officer' could have married both the internal and external, linking internal performance improvement to external perceptions of end product / service.

After all, it takes the potentially nebulous post-pandemic concept of ‘workplace’ out of the equation; it immediately speaks of ongoing organisational development; and, yes, it would have allowed for the neat use of ‘Chimpo’ (never underestimate the power of an easily recognisable word).

Leesman has a punchy data set, there's no doubting that. And its newly minted message, as we head towards an imminent re-opening of society, is that workplace managers had better start focusing on what the point of any of their offices is in future.

The office return is no longer about testing, hazard tape and newly reconfigured collaboration space, argues Leesman CEO Tim Oldman - although it is, of course, still very much about all of those things. But what's now needed, says Oldman, is for you to understand why your workplace exists in the first place. That's an altogether more daunting conversation, for sure, but given Leesman stats about just how much more productive the typical office worker has now become now that they do not work in offices - Leesman's top rated workplaces aside - it's an important one.