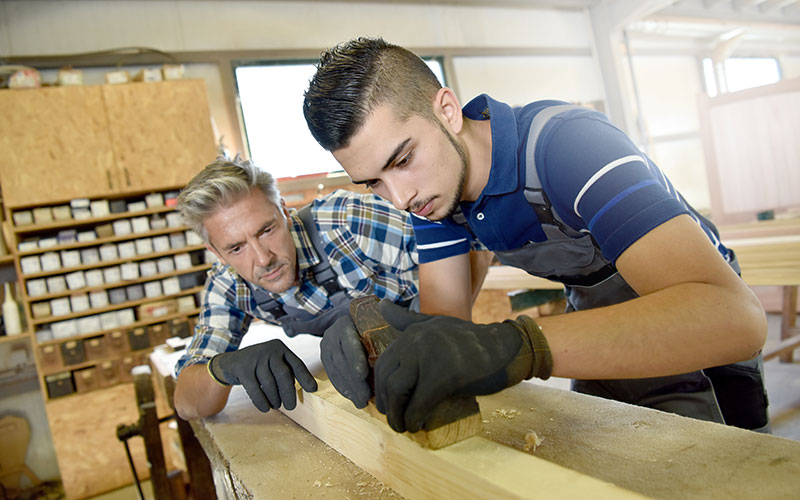 The government has announced £650 billion of infrastructure investment in its new pipeline to support 425,000 jobs a year.

In the National Infrastructure and Construction Pipeline the Government sets out how £650 billion of private and public investment will be implemented in infrastructure projects across the country over the next decade – creating new opportunities for thousands of apprentices, technicians, graduates and skilled workers.

The Building Engineering Services Association (BESA) said the funding “will be a massive boost to the building services sector but will need to be matched by an unprecedented surge in training and recruitment”.

Over £30 billion worth of social and economic projects are due to be launched this year, according to the Infrastructure and Projects Authority as part of an overall £200 billion of work underpinning the government's Build Back Better programme.

‘Transforming Infrastructure Performance: Roadmap to 2030’ lays out a detailed plan that could lead to a surge in new opportunities for apprentices, graduates, and experienced workers with the right skills, according to BESA.

Transport, energy, and utilities will command the largest share of the work, but there are also big plans for social and digital infrastructure between now and 2025.

Vote of confidence for the sector

BESA welcomed the updated plan as a “vote of confidence” for the sector but pointed out that the programme relies heavily on improving productivity through greater use of digital technology and innovation. It said that as the projects unfold, they “will need to be supported by an upsurge in specific skills many of which are currently in short supply”.

BESA’s director of training and skills Helen Yeulet said: “The current turmoil in our supply chains is a stark reminder of how failing to invest in training and retaining high-quality people can undermine the best laid plans…The government’s infrastructure plans are extremely exciting, but will place even greater strain on the industry’s workforce unless accompanied by a colossal push to bring new blood into the sector and upskill existing workers.”

However, competition for skilled staff is expected to continue heating up over the next two to five years and will require employers in construction and engineering fields to look closely at what they have to offer.

Yeulet said: “People shortages are likely to continue for an extended period…This is not just about Brexit. We have seen a whole shift in the economy, which was accelerated by the pandemic and has led to record pay packages for people working in transport, logistics and hospitality.

“On the plus side, it has also started to redress the balance for many people in low-paid jobs and means employers in our sector need to make sure what they are offering is attractive. They need to make sure they are treating existing staff fairly and have clear career progression plans in place to entice new people into our sector with the right skills to take us forward.”

BESA said it was seeing encouraging growth in the numbers of young people interested in workplace-based training where they can work towards high-level qualifications including degrees via an employer that offers a guaranteed job at the end.

The rise of technical training including the introduction of T-levels is also helping to promote careers in building engineering and related disciplines, giving further hope for the future.

Yeulet said: “The current turmoil in labour markets should be something of a wake-up call for many employers…There are a lot of workers who feel undervalued and treated like commodities. Investing in their professional development and rewarding them properly is the best way to demonstrate that their skills are valued.

“Building engineering will play a crucial role in rebuilding the economy and driving us towards a lower carbon future, so it is very important that we don’t undervalue our own product. Ironically, this difficult period could be a great opportunity to leave our ‘low-cost cut price’ culture behind and show clients why the whole industry deserves to be better funded and rewarded.”