THOMANN-HANRY®: A balanced approach to the sustainable regeneration of historic buildings

“The greenest building is the one that already exists”

Carl Elefante, former President of the American Institute of Architects 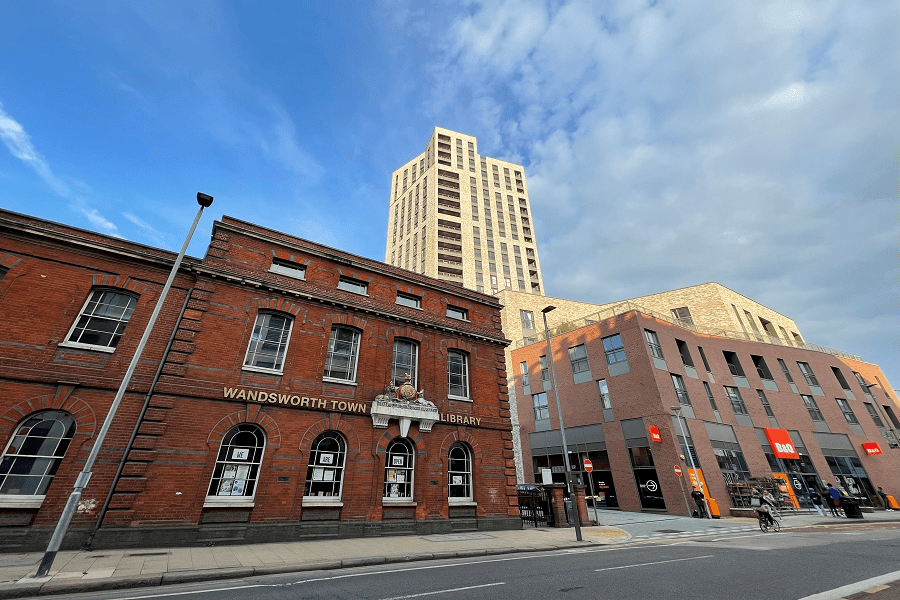 SPONSORED CONTENT: As our town and city centres adapt to the twin realities of the climate emergency and the post-pandemic era, the sustainable regeneration of historic and listed buildings has never been more central to urban renewal and revival.

Historic buildings connect our communities and our environment with our past, providing a tangible sense of place. Increasingly, their value as cornerstones of urban regeneration projects is being recognised, bestowing their distinctive identity and heritage to anchor progressive schemes that shape the future without losing sight of the past.

In London alone, there are almost 600 Grade I and 1,400 Grade II Listed buildings. Across the UK, our rich heritage of historic buildings is an intrinsic part of the fabric of our built urban environment. The upkeep, preservation and re-imagination of listed buildings as mainstays of regeneration projects is critically important.

From an environmental perspective, the re-purposing of such structures makes undeniable sense. Even new-builds with the most impeccable ecological credentials come at a heavy environmental cost through the construction phase, whereas the sensitive restoration of existing buildings minimises such impacts whilst preserving important cultural assets. The inspirational work of pioneering companies like Urban Splash demonstrates the value of preserving and restoring what we already have, whilst treading lightly from an environmental perspective – from individual buildings to entire neighbourhoods.

Similarly, with corporate and government budgets under greater pressure than ever before, the regeneration and cleaning of old and listed buildings makes sound financial sense. Reimagining the decaying, disused and dilapidated heartlands of our towns and cities has a transformational effect, but at a lower economic cost than large scale new-builds. Over the longer term, such investment in heritage and cultural assets repays directly to local communities and the social fabric of the surrounding areas, re-invigorating urban centres and stimulating new economic activity and growth.

But, with our environmental footprint under greater scrutiny than ever before, how best to restore and regenerate? In the case of restoration and listed building cleaning specialists Thomann-Hanry®, a hybrid approach of tradition and innovation suggests a sensible way forward. Sympathetically repairing and, where necessary, replacing historic stonemasonry, the London-based company’s in-house team of banker masons employ skills as old as the buildings themselves to carve and re-create corbels, cornices and pilasters that blend seamlessly with existing stonework.

However, whilst age-old techniques remain the best option for repair and replacement, traditionally favoured cleaning and restoration processes can come at a high environmental and structural price. Systems such as DOFF and TORC both consume large quantities of water - the former using superheated steam, the latter high pressure jets to remove built-up soiling. Just as with chemical and biocide treatments, these processes bring with them the considerable risk of collateral damage to the often brittle, friable stonework of heritage structures.

Instead, Thomann-Hanry® use their patented façade gommage® technology for listed building cleaning, projecting fine powders under low pressure across stonework and masonry surfaces. The only water this alternative system requires is for the water curtain, which collects dirt and pollutants for recycling at the back-end of the process. Quite apart from the convenience and speed of this scaffold-free system (which can reduce clean times by over 50%) its green credentials are impeccable.

A sustainable regeneration process that chimes with contemporary architectural thinking

The elegant pragmatism of Parisian practice Lacaton and Vassal has been recognised with architecture’s highest honour, the Pritzker prize. Their recent success is emphatic validation of current philosophy of sustainable regeneration – in their words, “making more and better with less.” Weighing the financial, cultural and economic costs of demolition and re-building against adding, transforming and re-using existing built assets, the duo champion regeneration over replacement. It’s an approach which resonates with London restoration specialists Thomann-Hanry®.

Old and new… Just as urban regeneration is fundamental to breathing new life into old and listed buildings and preserving valuable heritage assets, a sustainable approach to achieving this objective is non-negotiable.

By combining traditional craftsmanship and ancient skills with cutting edge innovation, we can successfully chart a course to cities of the future that celebrate the architectural glories of our past.

The company work as main contractor carrying out all elements of façade restoration work with minimal disruption, from façade surveying and painting to new stonework and roofing. Their portfolio of projects includes historic landmarks such as King's College Cambridge, the Bank of England and Somerset House. International projects include Louvre Museum, MetLife in New York, The Kremlin in Russia and, latest, Principe di Savoia Hotel, in Milan.