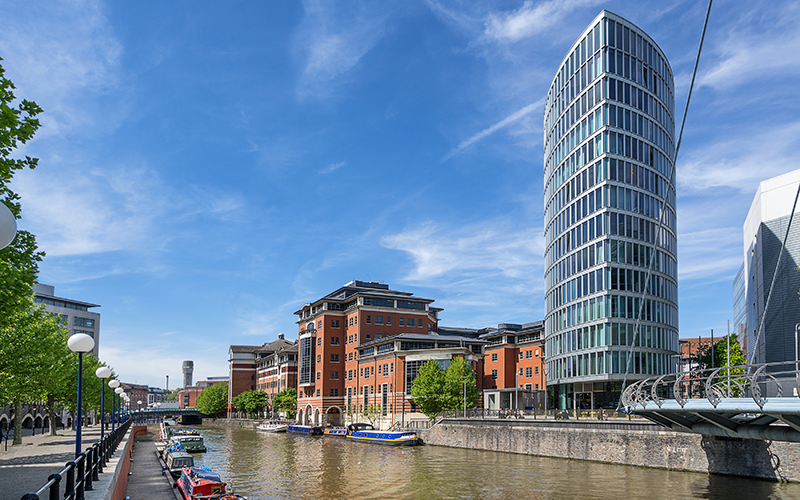 Bristol’s office market has seen a 15 per cent drop in office space transacted to date in 2021, according to a study by JLL.

Only about 291,000 square feet of office space has been negotiated to date. This represents a drop of 15 per cent from take-up recorded for the same period in 2020. However, the research found that the number of transactions for Q3 remains in line with the average, indicating that occupiers are continuing to acquire new space, albeit some with smaller requirements because of the hybrid work model trend.

JLL says the below-average take-up this quarter belies the underlying strength of the Bristol office market which could see record take-up in Q4 2021, potentially totalling over 200,000 square feet, which would be in excess of the average amount of space transacted in the final quarter. Furthermore, there is the prospect of increased rents on the horizon.

JLL attributes the prediction for high take-up levels and increased rents in the final quarter of the year to pent-up demand caused by the pandemic in addition to the low vacancy rate – currently below 6 per cent in Bristol City Centre – representing one of the lowest levels in the UK’s largest regional office markets. This coincides with a shortage of high-quality, sustainable space with only 26,000 square feet of new space due to complete over the next six months and only 100,000 square feet of new grade A space currently available. These factors are creating competition for the best space.

Bristol‘s office market has also seen a shift in requirements, according to JLL, with more businesses now valuing flexibility and quality over headline rental levels, with many occupiers ready to make the full transition back into the office. Professional services have typically been downsizing with a hybrid work model that has allowed them to take a higher quality of office at the same overall cost. In contrast, there has been a sharp increase in demand in the technology sector, where trends are pointing towards firms taking higher volumes of higher-quality space.

Hannah Waterhouse, JLL’s office agency director for Bristol, said: “We estimate that there are over 15 significant deals under offer in the city centre and predict over 200,000 square feet of take-up in Q4. There are some excellent quality schemes under construction and with an occupier focus on taking the best space to bring their employees back together along with sustainability factors becoming higher up on the agenda, we predict that headline rents will break the £40-square-foot barrier over the next six months.”

She added: “Many occupiers believe that there must be an abundance of space given the shift in work culture with many businesses taking a flexible approach to working from home. However, that has not been the case in Bristol city centre and there are still high levels of competition for the best buildings. We are seeing a great deal of change in terms of how occupiers use their space and what they now look for and this is being reflected in the take-up.”