The best people; the best impact and the best innovation 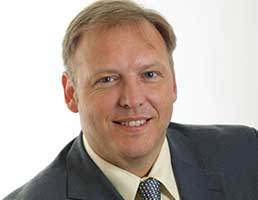 What will you be doing on Monday 12 October? Perhaps you'll be in the company of more than 1,300 fellow FM professionals at the Grosvenor House in London.

If you are, you'll be there to see the winners of the 2015 BIFM Awards being crowned at the annual Awards ceremony.

If you are a seasoned BIFM Awards guest you'll know that the ceremony is the highlight of the FM social calendar. If you've never been - perhaps 2015 is the year for you to attend? The black-tie event gets under way with drinks receptions, followed by dinner.

We then move into the ceremony with celebrity host comedian Simon Evans. Here we will see the winners announced across our 12 categories. Then, after the formalities and congratulations, we move into the entertainment with live band, dancing and charity casino. All in all, the ceremony encompasses networking, celebration and fun.

We must remember, though, that the BIFM Awards are so much more than the ceremony. Last month we revealed our finalists. These 54 finalists will form the class of 2015, and in the months following the awards we'll get the opportunity to learn more about their case studies. This learning is an integral facet of the BIFM Awards. It is important that we all get the opportunity to understand how the winners used their people, impact and innovation to deliver award-winning, first-class FM.

The BIFM Awards attract a high calibre of entries. For evidence look no further than BIFM success in the 'Global FM Awards of Excellence in FM'. This year JLL was awarded the top Platinum accolade, as was Deborah Rowland from the Ministry of Justice in 2014. In 2012 two BIFM entrants were awarded the top prize - KPMG and also Serco Healthcare Enabling Services, in partnership with Forth Health and NHS Forth Valley. In 2011 BBC Workplace took Platinum with Gold going to Mitie FM. This makes me think about what further successes our 2015 finalists will go on to achieve - I will be taking a keen interest in their stories.

In closing I would like to thank all of you who have played a part in the BIFM Awards. Whether you are an entrant, judge, sponsor or guest, your involvement makes the awards possible and gives us all a great platform to showcase what great FM can achieve. I look forward to seeing you on 12 October and raising a glass to our FM people, impact and innovation.