Signals of hope in a crisis 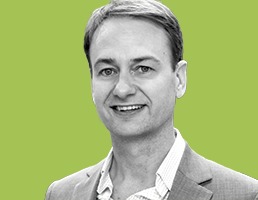 This year, around the world, natural disasters have affected communities in immeasurable ways.

As I reflected on the tragedy of these events, the need for effective communications tools that reach all people instantly became clear.

In the past decade, US mobile networks have gone from being among the first services to go down in an emergency to being one of the most resilient technologies.

On September 11, 2001, cellular networks were wiped out or overloaded, making it impossible for many New Yorkers to call their loved ones. In 2005, when Hurricane Katrina struck the Gulf Coast, 70 per cent of cell towers were taken out. Since then, connectivity has improved dramatically. After Katrina the Federal Communications Commission (FCC) issued the Katrina Panel Order, recommending that several communications providers be required to have emergency back-up power.

Some mobile carriers lobbied against the FCC's recommendations, but they have since enhanced their emergency power capabilities to the extent that it is now the norm for cellular towers to be equipped with robust back-up batteries or generators.

By 2012, when Sandy hit New York, the cellular networks held up remarkably well, even while millions lost electricity. This year, during Hurricane Harvey, only 4 per cent of towers in its path were knocked out, so most people affected could use mobiles to communicate with emergency services and loved ones.

Having the capacity to contact all of your employees instantly is not only useful for business continuity, but could mean the difference between life and death. The US Government's Ready Campaign emphasises the importance of being instantly responsive in times of crisis.

The resilience of today's mobile networks makes it possible to keep more people safe when disaster strikes. Just about everyone carries a phone. This makes it imperative to use mobile messaging rather than email.