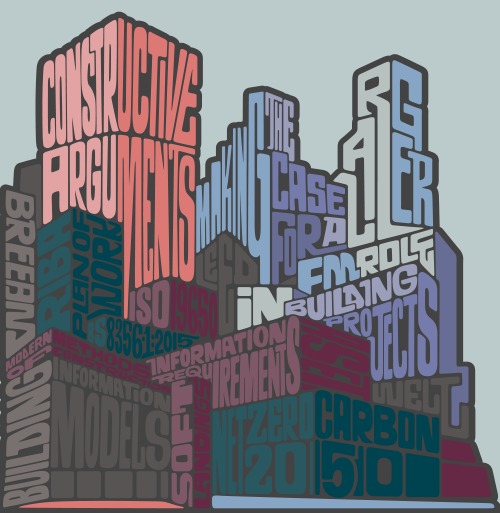 Four years after the UK Government's BIM mandate took effect, many built environment professionals are yet to adopt building information modelling. But with the UK's BIM standards forming the basis of new international standards amid talk of further digital transformation and 'digital twins', is FM set to take its rightful place in the expanding digital construction lexicon? Paul Wilkinson reports

In 2016, FM World - as Facilitate was then called - asked: "Where is FM in the BIM conversation?" Four years on, much has changed - but FM's role in BIM remains complicated.

Four years ago, the UK Government's BIM mandate came into force, obligating central government projects to be delivered to 'Level 2 BIM'. FM professionals were supposed to be engaged from the outset to set operational information requirements and benefit from being able to manage digital renditions of occupied physical buildings. Yet most of the 2016 debate was focused on project delivery, not operation.

There has since been progress in BIM adoption, at least among design and construction firms. The nearly 1,000 respondents to the ninth UK BIM Survey from NBS in May 2019 suggested that BIM adoption levels were around 70 per cent. Surveys of FM users, though, tend to show lower adoption: a 2017 IWFM survey puts direct BIM experience at around 40 per cent. However, the NBS report suggested "the use of BIM has not continued to accelerate the noise around BIM does appear to have quietened a little." This, said NBS, may be because of changes to the organisations and standards involved.

In 2017, the government's UK BIM task group was superseded by the Centre for Digital Built Britain. The various regional BIM groups and BIM communities including BIM4FM are now part of the UK BIM Alliance, a volunteer-led organisation funded by industry to promote BIM implementation and help develop associated standards and protocols.

The first two parts of ISO 19650 were published in late 2018, while BS EN ISO 19650 - Organization and digitization of information about buildings and civil engineering works, including building information modelling (BIM), incorporating a national foreword and annex - followed in early 2019.

Supplementary UK-specific guidance has also been developed by the UK BIM Alliance in partnership with the Centre for Digital Built Britain and British Standards Institute. 'UK BIM Framework' documents are free to download from UKBIMframework.org.

This framework signals the end of the several BIM 'levels' that defined it in earlier years. Anne Kemp, director of Atkins and chair of the UK BIM Alliance, says: "There were lots of interpretations of the levels, and the framework removes that ambiguity. The framework will embed UK practice within international standards, and vice versa - this will be important for UK businesses working in an increasingly global and connected industry."

An emphasis on 'early'

Together, ISO 19650 and the third edition of the UK BIM Framework Guidance Part 2, newly published in January 2020, again stress the importance of early involvement of asset and facilities management.

It's this AIR creation that should be led by the internal team responsible for asset and facilities management. That team should identify the asset information needed for anticipated tasks such as annual boiler servicing, emergencies, equipment failures, insurance renewals, energy reviews, and sales of assets.

It's for the AIR team to ensure that any regulatory information - for example, operations and maintenance (O&M) manuals or health and safety files - is defined, along with the data requirements of the computer systems (CAFM/IWMS) that will be used to help to manage assets.

This year will see further guidance for asset and facilities management, to be published later this year. ISO 19650 Part 3, which covers asset management, is already well advanced, as is Part 5, which covers security.

"This presents a big opportunity for us to engage with owner-operators and facilities managers over the next year," says Kemp. Both parts will be have comprehensive UK-specific guidance.

David Churcher, director of Hitherwood Consulting, has been helping to draft the standards. He says the terminologies agreed for the initial parts of ISO 19650 are now being applied to these subsequent parts. As a result, the draft Part 3 standard has moved on from what was defined in PAS 1192-3.

"It is more consistent, gives all parties a step-by-step view of the process, and outlines their duties at each stage," says Churcher.

"It takes a more realistic view of the whole asset life cycle: it is less focused on initial design and construction and envisages progressive development of built asset information long after handover. We cover various trigger events, from routine maintenance by in-house teams, through periodic condition and value surveys, to major refurbishments or extensions undertaken as capital projects."

Churcher stresses that these new standards and guidance should be developed collaboratively.

"The authors work with a focus group, but that was very project delivery focused. As we develop guidance for Parts 3 and perhaps also Part 5 during 2020, we want inputs from building end users and asset and FM people - whether they want to help steer our thinking or even help draft guidance."

Christine Gausden, a lecturer in construction management at the University of Salford academic and chair of BIM4FM, says that harnessing FM input is becoming easier.

"BIM used to sit in the 'too difficult' box," she says, "but we are now progressively building substantial pockets of interest. FM professionals are now less concerned about software and compatibility issues and more focused on managing assets more efficiently. More informed clients are looking beyond the initial costs of BIM and are interested in better, more efficient and safer use of their facilities."

Bullard has also noted growing demand from clients and FM service providers for BIM software integration, particularly in the past year, from both public sector clients but also for several commercial developments in London, where FSI has seen BIM increasingly specified in tender documents.

Bullard says: "FM used to be consulted in the middle or at the end of a project, when it was too late. FM is now more involved before design starts, making serious recommendations about suitability of plant, equipment, circulation spaces, fire safety, etc. We help them to specify their standard classifications and asset information requirements, and then bring relevant BIM data into their CAFM systems."

FSI's own CAFM solution was deployed for the Met Office's £20 million data centre project in Exeter. Architect Stride Treglown and contractor Willmott Dixon worked with the Met Office's FM team to establish how it could capitalise on its BIM model data. Ralph James, FM and technical services manager at the Met Office, says: "We put the considerations of FM and CAFM at the forefront of the BIM process, ensuring our vision for the future use of the information outputs from the model would be of long-term value."

FSI was engaged towards the end of the construction phase in 2016, and BIM data was handed over in the COBie format, retaining its categorisation and ensuring that metadata gathered for each asset was available to the FM team for analysis and operational use. The Met Office is now evolving a three-to-five-year road map to use BIM not only for new projects, but also to manage mature estates.

Other case studies showing how BIM can be applied to existing facilities are also emerging, says Gausden, who cites housing associations by way of example. In one case, Clarion Housing trialled use of Leica laser-scanning and photogrammetry technologies to survey a residential tower block in Orpington, Kent.

Software provider ActivePlan is currently creating a combined 3D model and asset database allowing a user to view high-resolution images of the tower and zoom in on tagged assets to find key information.

Marrying BIM and mobile devices can also accelerate FM tasks. At Wharfedale Hospital in Yorkshire, for instance, BAM PPP's team use Autodesk's BIM360Field app on an iPad to track more than 4,000 assets, helping achieve a 45 per cent improvement in the speed of reactive jobs and 54 per cent improvement in the completion of PPM tasks each month, while also automatically updating data throughout the life of the hospital.

Kath Fontana, Mitie MD of strategic accounts, so prominent in past industry BIM conversations, is president-elect of RICS. Back in 2016, Fontana told us that whole-life design-build-operate approaches were needed.

Her wish is partly being met. Construction 2025, the government's Industrial Strategy and the July 2018 Construction Sector Deal continue to target a 33 per cent reduction in the whole-life (Totex) costs of assets, plus faster construction delivery and a reduction in greenhouse gas emissions. Fontana says: "Zero-carbon targets are concentrating clients' minds; energy use and climate change are high on their agendas." But she says more work needs to be done to measure performance in use.

Fontana also believes that viable, scalable solutions are needed to develop 'digital twins' in legacy estates, where digital models of built assets are connected in real-time to their physical counterparts by sensors installed in building systems and components. The 'national digital twin' connects multiple assets into an integrated whole to help decision-makers to understand performance interdependencies between buildings and infrastructure.

"BIM is a foundation for digital twin approaches," says Fontana, "but a­t the moment it's a long way off. For many clients and industry participants, current industry debates about BIM are inaccessible. BIM is often seen as expensive and difficult to scale. It is vital that we make it easier for FM professionals to incorporate digital approaches into their daily working. It's good to see adoption growing, standards developing, and systems becoming more interoperable, but we still have a long way to go."

2016- UK Government mandates use of BIM on government projects

Intended to help FMs as key stakeholders involved in BIM projects, the new IWFM guide provides advice on planning what data requires collection, by whom and when in the BIM process. It touches on key issues about the data transfer into CA=FM and other FM management systems. Advice is provided on essential aspects, which should be considered when planning the data transfer from BIM models and other BIM project sources into FM systems. The guide, aligned to IWFM qualifications at levels 2-6, can be obtained here: tinyurl.com/BIMinFM-IWFM

This article appeared in our March 2020 issue of Facilitate Magazine.
Click here to view this issue
Filed in
Features
Also filed in
Content
Features
Features