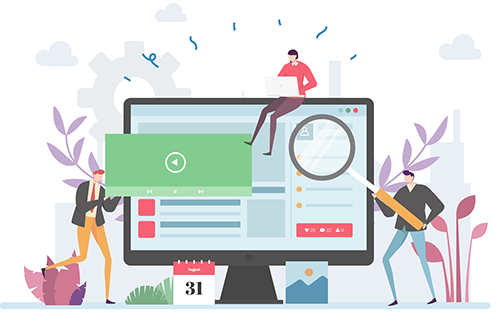 As we move further towards more flexible working and diffused team management, gamification has the potential to boost team cohesion and workplace engagement. Bradford Keen reports

Even before the recent mass imposition of working from home, technology had made working from outside of an organisation’s principal workplace a more acceptable proposition for many. How then, can we guarantee engagement of remote workforces? And what of the workplace itself – how best to encourage employees to make the most of the facilities provided and thus maximise return on investment?

One such method is gamification. It can help to track, manage, incentivise and reward employees’ behaviours, ways of working and uses of the workplace. But its success can depend on the type of gamification you choose, says Sam Sahni, regional principal at global design firm Unispace.

Some tech organisations, Sahni says, have chosen “gimmicky” gamification such as awarding free coffees for racking up miles at a treadmill desk. “That comes across to many other organisations as a little OTT... a little bit too playful.”

A more sober approach can be seen across these pages, where we detail workforce engagement projects brought to life through gamification. While investing in VR tech is likely to be beyond the finances of many FM departments, there is good news; gamified engagement can come cheaply, says An Coppens, founder of gamification design consultancy Gamification Nation. By way of example, she speaks of a global telecoms company, operating in 35 countries, which wanted to help its staff to fight the winter blues in January. Employees were randomly assigned to a team so that colleagues from different countries would work together and were encouraged to be active during the month.

Employees needed to post photos of their activities or send data from their fitness trackers to the company intranet. They then entered the minutes spent on activities into a spreadsheet (an element of self-reporting but with HR personnel carrying out checks against cheating). Prizes included telephones and tablets, but Coppens says these are not necessary – being top of the office table is often enough to encourage competition.

The winter blues challenge led to improved employee wellness and a surge in productivity, says Coppens. Part of its success came from tapping into people’s New Year’s fitness goals but the accountability among team members also stimulated participation. They didn’t want to let each other down.

Coppens says that additional, unintended positives came from the gamified task. New networks were created, for example, as employees teamed up with colleagues in different countries. These fledgling relationships opened up communication channels for future work-related matters. Employees now had the name of an international colleague and a relationship with them, which improved collaboration and the resolution of issues.

Although HR ran this gamification project, Coppens says it is an initiative that could just as easily have been launched by FM. Coppens talks of a client seeking to encourage employees to turn off computers and lights when they left the office. Posters were placed around the workplace to remind staff of the behaviours and of the competition under way. Teams that performed worst were forced to make breakfast for the other teams. “It was good fun. They got people talking,” she says. Importantly, the focus should be on “stimulating behaviour you want more of and not making a fuss over the behaviour you don’t”. So instead of tracking employee absences, celebrate unbroken streaks of attendance.

The key is to identify a problem and look for a way for it to be gamified. This is what Coppens advised a finance officer looking to improve the submission of reports. The problem was wasted time spent chasing people to submit their reports or fix the errors in their submissions.

Coppens suggested a whiteboard in the open-plan office that recorded each correct submission of expense reports by colouring in part of a heart. A completely coloured heart would mean everyone had correctly submitted his or her reports. But the finance officer didn’t tell anyone what the heart board was. When colleagues found out they started changing their behaviour, not wanting to be the person preventing the heart’s completion. Within six weeks the finance officer was called into other departments to improve expense report submissions.

Gamification works well, says Coppens, when the task is trackable, when there’s a “definite win and lose situation”, when it groups people together and when it is time-specific – perhaps lasting a month. Be warned, however, that behaviours are not changed through a single gamification initiative alone; Coppens advises tackling one behaviour at a time and revisiting it at a later date to prevent old habits returning.

Gamification’s success depends on knowing the audience. Sahni says he once worked with an organisation that gave its 200 employees Fitbit fitness trackers for Christmas. Generous, perhaps, but also a gesture motivated by the belief (there are no conclusive causal links) that employee wellness results in productivity gains.

The Fitbit stats were linked to leader boards, but the problem was that the same five ‘gym bunnies’ went to gym twice a day and topped the log. Sixth placed was an employee who was frequently on client sites and therefore walked a lot.

Sahni and others stopped wearing them after a month. “It wasn’t giving anybody a fair chance... [and] the application wasn’t engaging enough. It was actually disengaging.” The gamified task needed to be more inclusive.

“You have to keep the customer in mind,” he says, by using “a consultative process to profile that workforce... you’ve got to understand who the customer is, what drives them, and then begin from there.”

It’s best to think of the implementation of gamified initiatives as a minimum viable product (MVP) to test, Sahni says. Define your audience, determine what you want to achieve, and then test the MVP to see if it works. If it fails, find out why and make revisions.

Gamifying – the workplace as destination

Unispace helped a European FMCG client to shift away from traditional ways of working to a more project-based model by putting a focus on outcomes rather than processes and operations. Here, people’s roles are mixed. They are not assigned to fixed teams but come together as subject experts to collaborate on a specific task.

What this means, says Sahni, is that “the old way of space allocation doesn’t work and you have to move towards a varied kind of environment that provides you with a number of settings.” In this case the company adopted the concept of ‘Live it, work it, feel it’ – a “hot office” model with war rooms, project rooms, focus areas, library spaces and wellbeing areas. The goal was to encourage office-based workers to engage with the spaces and attract remote workers back to the workplace.

“That’s where we’ve applied gamification,” Sahni says. The firm deployed discreet IoT beacons and sensors around the workplace and employees installed an app on their phones, earning points when using the different workspaces and common areas such as libraries, gyms, and coffee shops. The company collected anonymised data about how worker, team and project types engaged with the spaces.

Employees could redeem their points for vouchers to buy items or spend at the ‘mind gym’.

“Not everybody is a gym bunny; about 30 per cent of people go to the gym, the rest of them hate it with a passion,” Sahni explains. The mind gym, located inside the actual gym, hosts yoga, meditation and other self-development courses on a range of topics.

“Everything has been designed with inclusivity in mind. Important for gamification is to understand the different worker types, the personas, age groups and cultures and how there might be different levels of fear involved.”

This approach sees gamification used to encourage engagement with the various workplace offerings, but rewards can be used meaningfully such as in furthering professional and personal development. The bonus for the company is twofold – a well-used workplace and engaged workers.

Gamifying – the management of a remote workforce

Gamification provides an effective tool to engage remote workers, something of a more pressing consideration in recent weeks.

For example, corporate real estate agency Cushman & Wakefield has been hosting a daily quiz for all its employees around the world to participate in.

Time zones make it tricky, but each week there’s a different quizmaster and employees can dress up for the occasion. “It’s funny how these things can completely lighten the mood and shift the tone from work to play,” says Nicola Gillen, head of total workplace, EMEA at Cushman & Wakefield.

“One of the real positives about gamification is that it levels the playing field. In the quiz, people can assume different identities if they want to,” Gillen explains. Recent quiz winner, ‘Darth Vader’, only revealed their real identity days after the quiz. The fun and anonymity also breaks down hierarchical structures.”

Employees will often look to leaders to lead, even in a game. However, says Gillen: “That’s the opposite of what you want. You want a level playing field and to hear everybody’s voices. Even just being virtual anonymises people and their activities a little bit so you don’t have the sometimes intimidating presence of a senior leader sitting next to you.”

Virtual and augmented reality (VR or AR) can be deployed to offer gamified experiences that are particularly effective in construction, design and change management processes.

“People find it quite difficult to read 2D drawings,” explains Gillen. By using VR headsets, occupiers can ‘walk’ through their new environment to understand how changes will be implemented. “It enables the change process because they get more comfortable with what the future looks like. It reduces the uncertainty.”

It can also make change collaborative by engaging the end-user occupier early on to influence the end design.

Gillen says VR or AR environments are forms of gamified experiences even if there is no competitive element to participation. “It is more about the platform and the tool. It’s more about being in an immersive environment than there being a league table or anything like that.”

An Coppens, founder of Gamification Nation 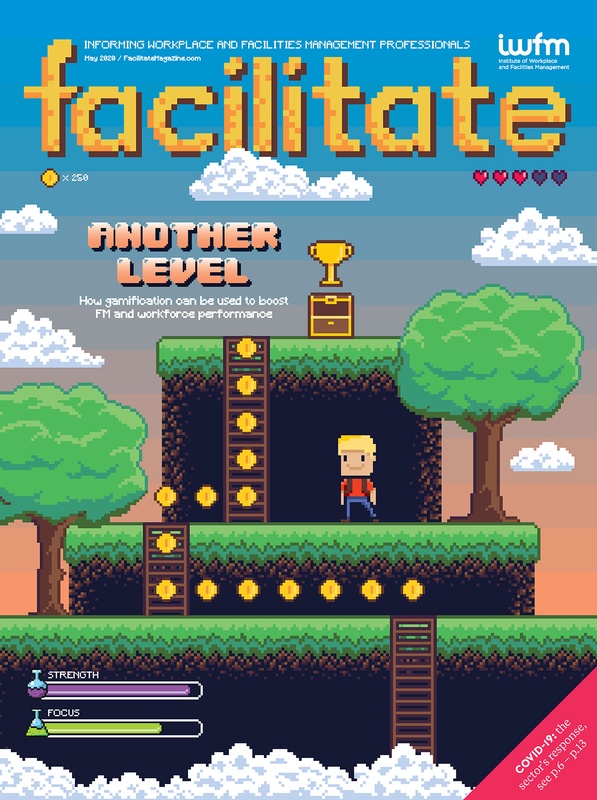