In the fast-tracked lane 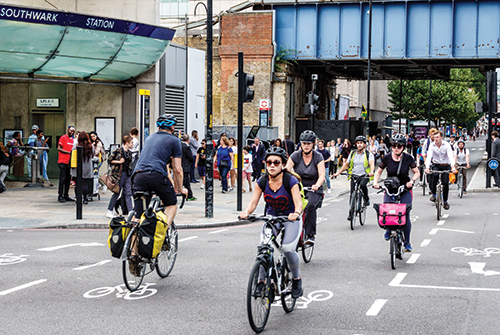 As the government aims to increase the number of cycling commuters, we look at what this means for facilities managers

Changes will include pop-up bike lanes with protected space for cycling, wider pavements, safer junctions, and cycle and bus-only corridors.

“Rarely do you get a government committing £2 billion to walking and cycling. While we’d always want more, that is not insignificant,” said Neil Webster, director of Cyclo Consulting.

Webster referred to the government’s financial commitment, the prime minister’s call for more people to cycle to work, and the current public avoidance of public transport as a “perfect storm” for cycling, assuming that local politicians offer their support, the absence of which has usually been “the blocker” to change. “It has generally been the politicians that have stopped that infrastructure or spend even if the money is there,” he added.

With the national government’s funding, support from local politicians’ and a commitment to making cycling journeys safer and faster, Webster suggested that a logical conclusion is that there would be a more permanent uptake in cycling.

The impact on FM

As more people are encouraged to travel to work by bicycle, workplace and facilities managers will be tasked with facilitating this process. However, people won’t tend to return to the workplace all at once and those who do will not necessarily choose to bike, said Steve Brewer of workplace design consultancy Burtt-Jones & Brewer.

Brewer’s clients, which include the Bank of England and HM Treasury, are increasing the number of people working from home, using shift patterns and staggering work times. “When people do return to the office, it won’t be the same as it used to be.” With such an approach, more bicycle infrastructure may not be needed.

Workplace and facilities managers, then, should avoid a “knee-jerk reaction” of reallocating space for the potential increase in cyclists. “You need to do a feasibility study to determine how many of those teams are coming back into the office at the same time [and] how many of them can even cycle to work,” Brewer said. The feasibility study could be a simple Q&A.

Brewer said workplace managers of offices in multi-tenancy buildings would need to coordinate with the landlord.

The stipulations in lease agreements will also affect how cycling infrastructure can be implemented, said Megan Sharkey, urban studies research scholar at the University of Westminster, and board member of the London Cycling Campaign. For example, a tenant with a contract granting access to five designated parking spaces could use that space for bicycles, assuming that the contract doesn’t dictate the type of vehicle permitted or allows a contractual change in vehicle type.

A building manager in situations where parking is not designated but users have a permit through their tenancy could allocate parking for a new use, Sharkey said, but only if the number of permits and number of parking spaces don’t match. So with 100 permits and 150 parking spots, they could reallocate 50 spaces.

Access to the building with a bicycle might also be a lease agreement issue. But Sharkey said that changing the rules can be as simple as a building manager decreeing it, or may require the decision to be made by the board. “For larger companies, such as Savills, they could potentially just change the contract to make it easier for individual buildings and leaseholders to decide what to do.”

Webster argued that the complexity of providing additional cycling facilities depends on the building’s location. “A tall office building in central London is quite a bit different from a building park in Newcastle”, where the proximity of people is “fundamentally different irrespective of the nature of the occupier”.

An FM at a building with a car park, for example, could convert parking spaces into bike facilities. Sharkey said one car is the equivalent of six cycle parks without social distancing and three cycle parks with it, the latter useful to ensure people needn’t touch other’s bikes when removing their own.

Sharkey warned, however, that any reallocation of parking would require the managing of car drivers’ expectations.

Using three of four parking spaces would also be sufficient space to install a portable building for biking facilities. Two portable buildings – one to park bicycles and one to be used as showers and changing facilities – would solve the problem of an uptake in cyclists and would be an immediate solution without any procurement or fit-out worries. Obviously, trying to do the same in a basement of a London building is likely to be too challenging.

Most cyclists, however, won’t need showers and changing facilities, as they will be travelling fewer than 10 miles. “There is no reason, like in the Netherlands, that they can’t wear their normal clothes. These new cyclists aren’t Lycra warriors. They will be going slower, have more space… London’s weather is actually fairly pleasant and breezy,” said Sharkey.

Contactless access to buildings will also need to increase – another reaction to Covid-19. Brewer said facial recognition software – already in place in some buildings – could be used to open doors automatically for cyclists, once they’ve removed their sunglasses and face masks. They could then bring their bikes in without touching anything.

Those travelling longer distances – more than 10-15 miles – might choose e-bikes instead. Brewer said that would require landlords or FMs to consider how charging points can be installed at the building. The same considerations might be required if the expedited e-scooter trials prove successful; the government is suggesting that scooters could be available to rent by June.

Andy Street, the Mayor of the West Midlands, said: “The West Midlands is trialling e-scooters and will help bring more flexibility, choice, and greener travel solutions for the region at a time when we are facing a climate emergency and urging people to leave the car at home.”

In his announcement Shapps said: “During this crisis, millions of people have discovered cycling – whether for exercise or as a means of safe, socially distanced transport. While there is no change to the ‘stay at home’ message today, when the country does get back to work we need those people to stay on their bikes and be joined by many more.”

Part of the drive to encourage bike use will require common sense on the part of local authorities, argued Brewer. For instance, will cyclists be able to defy the signs reading, ‘Bikes chained to the railing will be removed’ and park with greater freedom? Brewer said strict parking rules inhibit people from riding to the shops, for example, to pop in quickly for essentials.

Designated cycle parking would need to be easy to access, free to use and secure, Brewer stressed.

Issues may well arise during the roll-out of measures to improve active commuting but cycling is set to dominate travel plans. The prime minister will update the UK’s Cycling and Walking Investment Strategy this summer, with the aim of doubling cycling and increasing walking by 2025. Actions will include:

The BBC reports that other global cities are implementing similar schemes. 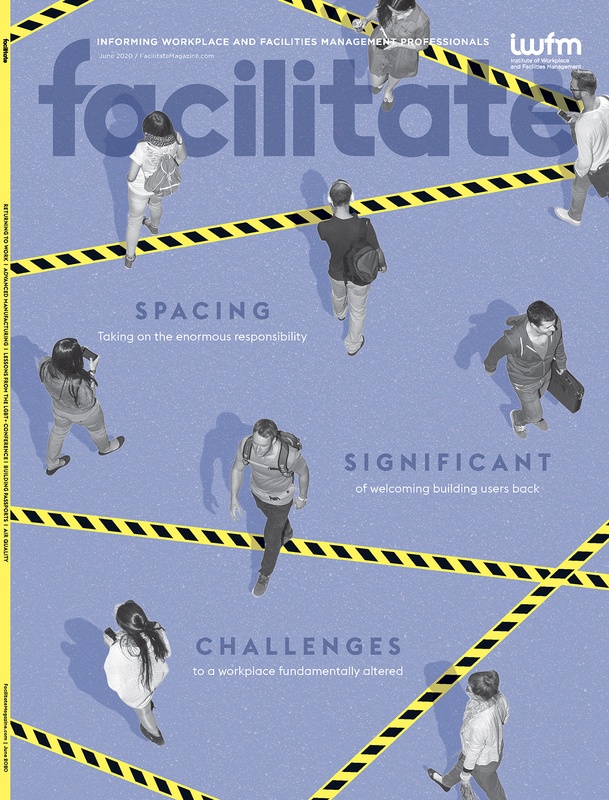