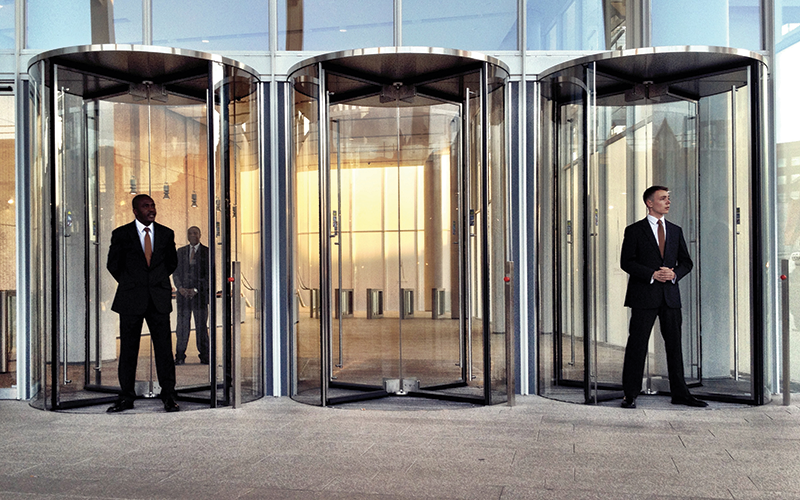 Gender, ethnicity, and the nature of the job of a security officer increase the risks that the profession has in exposure to the coronavirus.

The Office for National Statistics (ONS) published data in May revealing that security officers have one of the highest death rates from Covid-19 – 45.7 deaths per 100,000 people.

A report commissioned by Corps Security from Perpetuity Research and Consultancy International analysed the ONS data and found a number of reasons that accounted for this vulnerability.

One reason that makes security personnel more susceptible to the virus is ethnicity. The report states that not all groups in the UK have been affected by Covid-19 equally and ethnicity appears to be a significant risk factor.

Nearly a third of security officers are from Black, Asian, and minority ethnic (BAME) backgrounds and vulnerability is linked to genetic, social and economic factors. Within this group, Black Africans, Pakistanis and Bangladeshis appear to be particularly vulnerable and they are over-represented among security officers.

Older people also appear to be more prone to Covid-19 compared with their younger counterparts and experience less favourable outcomes, says the report. Analysis of licences issued by the Security Industry Association (SIA) in 2019 suggests that 21 per cent were obtained by those over 55 years of age, compared with the UK average for all occupations of 19 per cent of the workforce in that age group. Yet 42 per cent of those with a manned guarding licence, were issued to those over 55.

More men than women have been affected by Covid-19 and as about 90 per cent of security personnel are men, the risk factor for the sector overall is higher than occupations with a lower proportion of males.

Low-paid jobs were found to have the highest rates of death involving Covid-19 – and frontline security is typically low-paid.

However, their risk factor relating to exposure was not rated as high as for healthcare personnel. The level of virus found in healthcare settings is far greater than among the general public yet death rates for healthcare staff are lower than for security officers.

Danger in the role

The very nature of the role of security officers influences their risk to Covid-19, states the report. Being a frontline key worker may mean encountering conflict when trying to enforce Covid-19 guidelines and this makes social distancing harder.

Personnel also regularly have to touch equipment and technology others have handled and may find it difficult to ensure that they carry out frequent handwashing.

Many security roles are in big cities and some of these, particularly in London, the Midlands and South East have been hit particularly hard by Covid-19.

Martin Gill, director of Perpetuity Research and one of the report authors, said: “The true picture is complex, with some risk factors almost certainly interrelated, may still be emerging, or even not yet identified. What does seem clear, though, from this preliminary research is that gender, ethnicity, the nature of the job have all been seen to increase risks.”