The 2020 IWFM Impact Awards come in a year that’s seen wider media and public interest in the role of the profession. Here we celebrate the people judged best of the best. 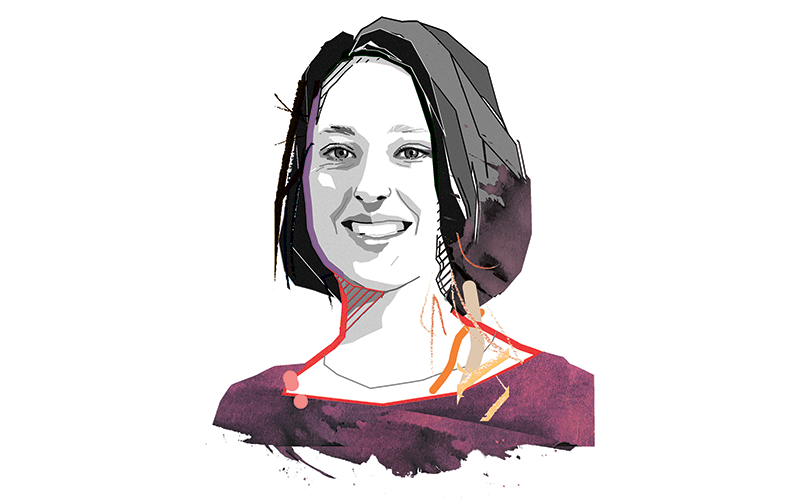 Manager of the year
Stephanie Welch

The head of facilities management at Ove Arup & Partners International leads a team with a budget in excess of £10 million to service 250,000 square feet of floor space and about 2,700 staff. And it’s Welch’s elevation of FM within Arup that is key to her success. In two-and-a-half years she has developed Arup’s first FM group strategy, in support of Arup’s overall company strategy, working hard to increase the FM team’s profile through customer engagement and team empowerment. She’s also overseen a rebranding of FM within Arup to encourage more recognition of the function and the services it provides.

Collaboration is a key strength. Welch has developed a forum to enable the FM team to trial and test developments designed to benefit the business as a whole. She’s overseen the restructuring of roles and responsibilities within her team, operated as a conduit between client and project teams to guarantee successful outcomes, and insists that both in-house and outsourced service personnel sit together to discuss operational issues – the ‘one team’ approach.

She’s also brought together a working group of experts from across Arup to create ‘FM 2.0’, a report on reimagining FM for the digital age.

In recent months Welch has been key to reoccupation planning for Arup’s return to the office, offering guidance to senior management to feed into regional plans. She has driven her team to introduce processes and procedures and make physical changes to the workplace.

Along the way, Welch’s work has led to members of her team taking on greater responsibility and more senior roles. And perhaps what is most striking is the impact she has clearly had on her colleagues, who talk of how she puts her team ahead of everything; of the support and understanding she offers them; of her being instrumental in their development; and how they themselves will be inspired by seeing her win this award.

For Welch, the events of 2020 will mark an inflection point for the profession.

“For some larger companies, there will be a greater recognition of the requirement for experienced and qualified facilities managers. For smaller firms, many will move to using more flexible workspaces and potentially giving up leased offices.”

For those with facilities experience and qualifications, career paths will be much clearer, she believes. “Long term, this will benefit the profession by recognising the requirement that facilities management is an occupation that demands formal training and is not something that anyone can turn their hand to without it.”

“There needs to be a better general understanding of what FMs do. Getting the title out there and ensuring there is explicit recognition of who is taking care of the safe and successful running of workplaces. Make it known what FM actually means and the responsibilities that fall under its control. This should include an acknowledgment that without these roles, other important ones could not function.” 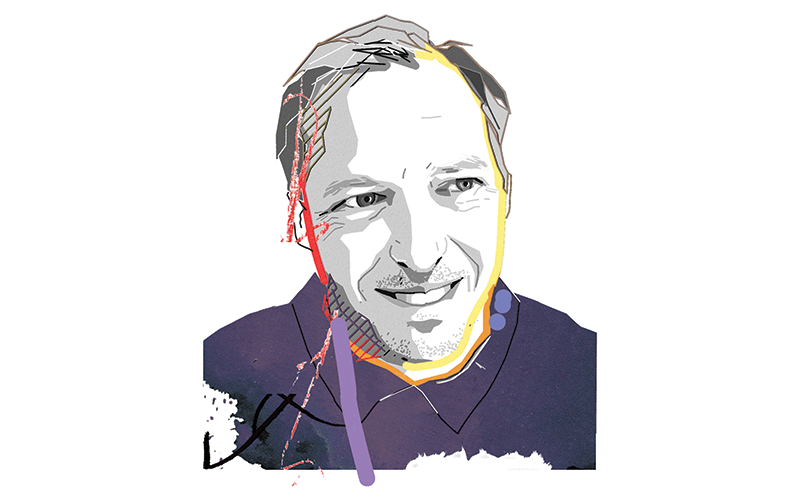 Trailblazer of the year
Steve Gladwin

The FM ambassador who leads by example

They say anyone recognised for being a ‘trailblazer’ will typically ‘need no introduction’, and that is patently true of Steve Gladwin, one of the most highly recognised professionals in the industry.

In a lifetime of running businesses and volunteering, Gladwin has become known as a true ambassador for facilities management, as well as a key figure in the IWFM.

Back in 2007 Gladwin was invited by the then-BIFM’s chief executive to assist on several aspects of institute activity, acting as lead judge on various BIFM Awards categories before becoming overall head of judges.

He introduced a robust governance structure for the awards’ delivery that forms the bedrock of the judging process today.

He helped to develop the commercial and wider industry success of the annual international Awards, developing a strong team of Lead and Support Judges.

Gladwin is also lauded for discretion, support and guidance shown during particularly traumatic times for the BIFM, his energetic support contributing to an exceptional period of professional success and commercial sustainability for the institute.

A former managing director of major service providers in both the UK (Hochtief) and Australia (Haden), he’s seen through big restructuring programmes and built up new divisions, showing an acute eye for business and the evolving nature of the FM function. A non-executive director of BIFM and former board director and chairman of Global FM, in recent years he’s run his own consultancy advising a client list of instantly recognisable national and international brands.

Many will know him for his dynamic chairing of the IWFM’s International Special Interest Group, transformed under his leadership.

Under his watch, the ISIG has extended its reach within IWFM, serving as a vehicle to recruit senior level FMs.

But it is in the overwhelming appreciation shown by his peers and contemporaries that Steve Gladwin’s work and character is best assessed.

He is seen as passionate not just for his work but his family, sport, friends and the wider FM profession (indeed, endorsement of Gladwin’s ‘passion’ appears in every personal statement sent in support of his nomination for this award).

Gladwin, we are told, leads by example and thus encourages others in his team towards the delivery of their collective goals.

His enthusiasm is infectious, and the respect for his achievements lasting.

All told, Gladwin is described as ‘the’ trailblazer for the profession. Winning this accolade as part of the awards process he has done so much to develop seems fitting tribute.

For the full Steve Gladwin feature – and more on all these stories – visit www.facilitatemagazine.com

“I wonder, Is it just us internally saying, ‘what a wonderful job’? I do not for a minute undersell what the services and facilities management industry has done to keep this country going, but I don’t know whether FM has been truly acknowledged in the foreground of public life and the media. I think we as an industry need to lobby harder there in terms of getting a standard Industry Classification in terms of facilities management.” 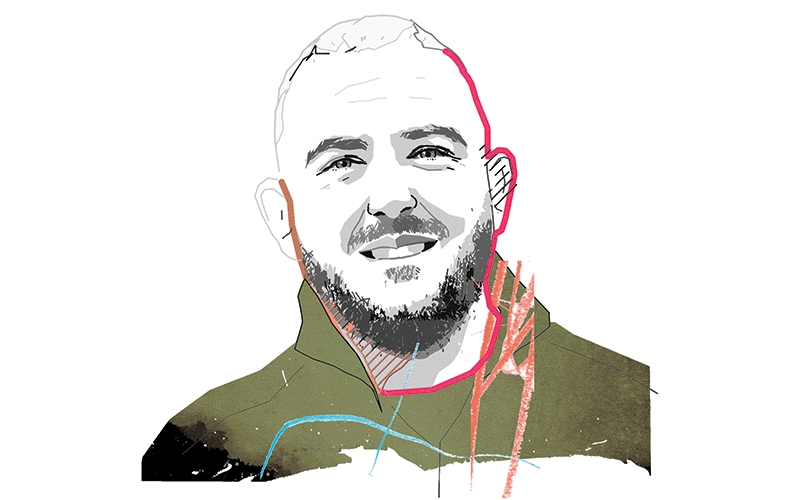 Newcomer of the year
Jack Flanagan

The creative thinker with an eye to the profession’s future

Today, Jack Flanagan is contract compliance manager for Pareto FM on the company’s ZSL account. But his story in FM starts with the end of a professional rugby career following an injury.

Subsequent to this terrible blow, Flanagan soon found new work in the retail unit at Whipsnade Zoo – just as Pareto FM was mobilising the Whipsnade part of its ZSL contract. The connection has proved life-changing.

Flanagan came to the attention of Alex Mills, associate director of Pareto FM,  in the main because of his inquisitive nature and obvious natural enthusiasm. He volunteered to help the Pareto maintenance team prepare for a visit by the Queen in 2017, thereafter joining the company in the role of help-desk administrator. Within a year, he’d been promoted to FM coordinator. Flanagan wanted to know all about FM, and has since made the most of the opportunities afforded by the sector.

Flanagan, realising that having not made the most of his secondary education, found out that there is much in FM to learn and succeed in. Having completed both IOSH Managing Safely and IWFM Level 4 training, he now aspires to IWFM Level 6 qualification.

Promotion to the role of FM compliance manager came in April this year, at a time which also saw Flanagan stepping out to become Whipsnade site lead for the zoo’s Covid-19 response programme. He was immediately thrust into deputising for the site manager who, being in a high-risk category, was forced to remain at home. Flanagan deputised for him and ran the site for two months.

Beyond Whipsnade, Flanagan has presented the capabilities of Pareto’s compliance system to five other UK zoos, in so doing opening up further conversations about the potential implementation of better practices.

The key to Flanagan’s success, he believes, is in the freedom he has been given to implement a host of new service delivery ideas. Moreover, Flanagan’s impact on his employers is significant; they call him “the future of the facilities management sector” and a perfect example of the opportunities FM can provide “to hungry, enthusiastic,
hard-working talent.”

“I see this as an acknowledgement of the sector and trust in the expertise of FM professionals. This is an opportunity to show the wider community the incredible work we do and start to raise our profile. I also see this as a chance to start to address some of the challenges of the facilities sector by promoting the great work companies like Pareto does in terms of social value. This new focus on the facilities should help promote that.” 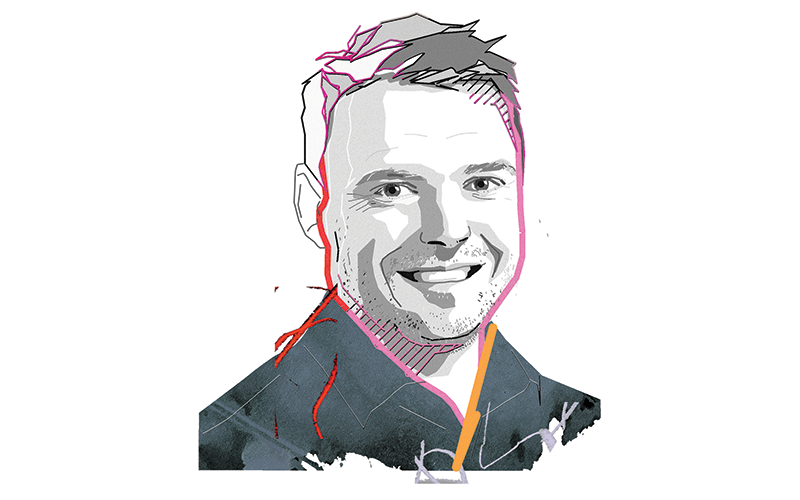 Empowered to expand a remit based on trust

YAS previously used an in-house core FM service with specialist maintenance outsourced to sub-contractors, but appointed Sewell Facilities Management to work across its estate in April 2019 with the primary goal to rectify quality and efficiency issues that had surfaced under the previous operation.

The trust’s estates team noted a change from being regularly quizzed about maintenance issues to receiving positive feedback on a proactive approach to planned tasks and quicker response to reactive tasks.

Tom Farrow, Sewell FM team leader (pictured above), directed the five-strong engineering team to build a strong partnership with the client, based on mutual trust, quality, honesty and integrity.

The commercial function made sure the client was offered value for money and that the team honoured its service commitments while protecting profit.

Sewell FM was given just two weeks to mobilise. It built the YAS team strategically to ensure that other clients were still served effectively. The small team is empowered and encouraged to make decisions. As a result, there is little hierarchy and the decision-making process is both quick and efficient.

Sewell FM offered a tailored approach. Several services not included in the original scope of work were added after the team discovered fixable problems for clients, including a call-out service, grounds maintenance and other minor works projects.

In addition to client communication through on-site engineers, the leadership team also provided monthly status reports to the client estates team – making sure that there was both a top-down and bottom-up approach to external stakeholder communications.

What the client said

This article appeared in our November 2020 issue of Facilitate Magazine.
Click here to view this issue
Filed in
Features
Also filed in
Analysis
Professional Performance
Management

London (Greater)
Up to £47,276 per annum plus excellent benefits
Reference
59097
END_OF_DOCUMENT_TOKEN_TO_BE_REPLACED