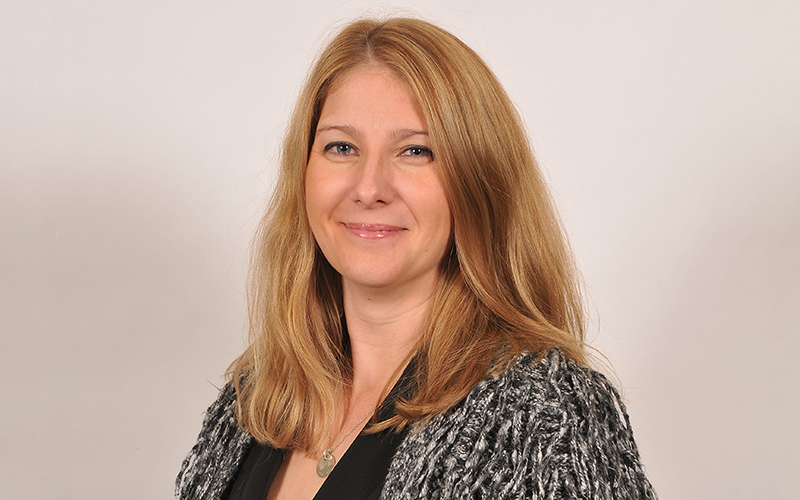 From confusion surrounding decarbonisation baselines to meeting the demands of enlightened clients and colleagues, the net zero challenge for FM service providers is complicated. Still, as Vinci Facilities’ Victoria Hughes explains, it is one that must be overcome.

Many companies have posted their decarbonisation targets, pledging to be net zero by a certain date. These aspirations are admirable but the finer details remain somewhat mysterious for consumers.

“It’s difficult in the marketplace for people to understand what companies are trying to achieve because there hasn’t been any commonality among their baseline years,” says Victoria Hughes, business responsibility director at Vinci Facilities. “The government just published its sixth carbon budget, which goes back to a 1990 baseline, while our baseline is 2018. Other companies’ baselines are different.”

Making decarbonisation claims more meaningful can be achieved by signing up to the Science Based Targets initiative (STBi). These are a set of commitments that companies submit to SBTi, which after investigations validates the targets.

The impetus for organisations to sign up to SBTi is that it gives legitimacy to posed turrets. “The scientific community is saying, ‘OK, you can’t just say you’re net zero. You have to do it in a scientifically robust way. So you'll have to set absolute emissions based on the Paris agreements. And then we either have to compensate or abate your additional emissions on your journey towards net zero.”

Hughes notes her surprise at the absence of specific net zero SBTi references in the UK Government’s recent Procurement Policy Notes (PPNs). “If it had been reinforced more in the PPN, there would have been a thumbs up for the industry to say that we’re heading towards net zero in a scientifically based way.

In addition to signing up to SBTi, Hughes says facilities services companies should ensure their data is transparent and accessible to current and prospective clients. This, sadly, is not often the case currently. “A lot of companies have spoken about being carbon neutral for the past 15 years, but you want to ask, ‘Well what have you done to reduce your actual carbon emissions?’ When you scratch beneath the surface, sometimes that data isn't there.

“Lots of people say they have plans and policies but where's the transparency about what they are doing now and how they are actually going to get there?”

Inevitably, transparent data will become a key issue as stakeholder pressure mounts – both the clients of the FM provider and the employees working for it. But it will take time as many companies lack the resources to tackle these challenges within the desired timeframe. The result is that client organisations are looking to the FM providers to help with these net zero initiatives. To make this a success, it needs to be reciprocal and grounded in contractual terms, Hughes argues.

“FM companies are generally happy to fund these initiatives but if there’s a change of contract, then what happens? Does the new company take over that, compensate the incumbents for the investments that they haven't been able to recoup? We need agile contractual models to enable clients to change their estate and decarbonise their estate without the service provider suffering the consequences when contracts change.”

Working in the net zero industry or community is highly appealing as participants are able to work on one of the most significant challenges facing humankind.

“It’s quite exciting for people with a climate conscience who want to make a difference as the built environment is a great place for them to apply their efforts. You know the statistics: 80 per cent of the buildings are already here so retrofit is part of the solution. It’s quite an attractive career progression.

“There is going to be a huge number of technical jobs coming into the market. The Climate Change Committee suggests that we need to retrain 350,000 people by 2028 to achieve net zero. We need 59,000 plumbers and HVAC workers to do this whole heat pump retrofit, and they currently don't exist.

“We do not have the capacity to do all that at the moment. Where are these people going to come from? How are we as an industry going to respond to this skills gap? That's something that FM companies like ourselves need to work in collaboration with more of our longer-term contracts to make that happen by, for example, hiring an apprentice or graduate to work with us to deliver this solution for your state.”

Despite the appetite to tackle the net zero challenge, clients can still be slow to adapt, but this is often because they are waiting for updates from the government. A strategy to heat buildings, through the change to the Renewable Heat Incentive will only be out in 2022, despite original plans to publish it in the first half of 2021. The paper will include strategies to decarbonise domestic and non domestic estates and what type of grants will be made available. “People are waiting because they don't want to invest now in case they are able to get grants in a year or two for these types of different solutions,” Hughes says.

Science Based Targets – what are the business benefits?

According to the Science Based Targets initiative (STBi), there are seven main reasons that businesses should sign up to SBT and validate their targets. These are:

Companies should submit a letter committing to the targets. They will then have 24 months to submit their target and have it validated and published by the SBTi. The targets are screened by the STBi and successful companies will sign the target validation service contract.

This interview forms part of Facilitate's net zero coverage, the core theme of the July-August 2021 edition.