The road to net zero: A client organisation’s perspective 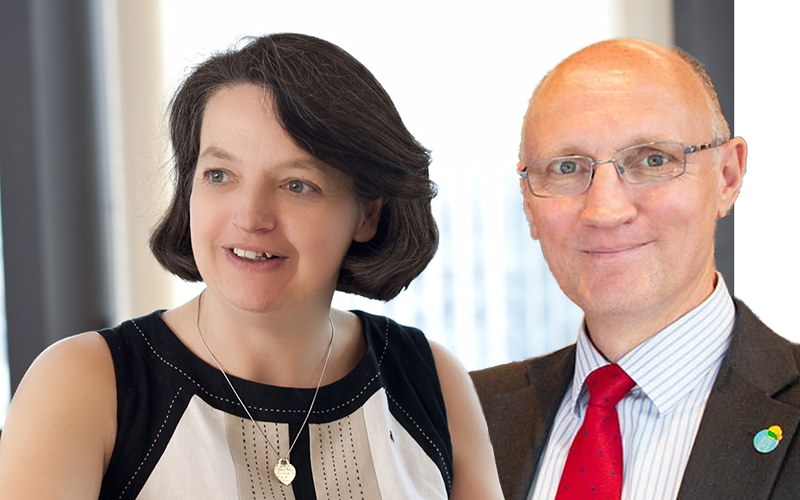 It’s a suite of activities, engaging your people, working with suppliers, and looking at everywhere you are emitting. We have a general strategy to emit less and buy well.

Facilitate spoke with Stuart Wright, operations net zero delivery director and Zelda Bentham, head of sustainability at Aviva, about their organisation’s current decarbonisation efforts and their plans for the future

What are Aviva’s current decarbonisation targets?

Zelda Bentham: Our target going forwards is net zero and we think residual emissions will only take into account any remaining gas that's in the building and things like air travel that still has to be sorted out on a much bigger scale and then just ourselves. So we think that there will just be there as residual emissions by 2030.

What do you see as the biggest challenges to meeting zero targets?

SW: Establishing the baseline, what is the current level of emission? Look at your supply chain. Are they interested? Have they signed up to the Science Based Targets? They will be relatively easy to manage. There are others who don't necessarily understand what the requirement is and haven’t got the bandwidth or it's not a priority for them. Although the term ‘carbon neutral’ has been out for a while, ‘net zero’ hasn't. It's a different challenge. And people are still trying to work out what the questions are to be honest let alone the answers.

When we're dealing with some of our facility suppliers, they are extremely keen and have set their own net zero targets, many of them are aligned to ours in terms of the 2030 date. But if you say to an organisation. ‘So you are emitting a certain amount of carbon; how much of that is being consumed by the Aviva business? That's a little bit harder to work out? What's the profile of that emission in 2020, that is again harder to work out? What's the residual emission? Now that sort of thinking is not yet the goal. So that actually it's a many headed monster. But what I will say though is we have met a number of our suppliers and there is a real passion to do great things.

ZB: There is more substance behind some of the net zero commitments than there is with others. That's completely understandable at the moment. I think from a supply chain point of view, we want to engage with suppliers we're working with currently and understand how we can work together to get a better result for ourselves. It's very much a relationship. If we hit difficulties, if you know there's intransigence from our suppliers about changing the way they do things then we will have to consider that when we next go to RFP.

SW: The challenge we currently have is finding a replacement for gas. What’s the alternative building heating method for gas? You can’t really put an air source heat pump into a current building and expect it to heat your radiator sufficiently. So gas is the challenge of net zero.

How are you deciding on your decarbonisation priorities?

ZB: We’ve been gathering data on our carbon footprint on operations for the last 15-20 years. So we have a good handle on that. We set a baseline in 2010 in terms of our operational emissions and we had to keep upping the target because we kept achieving it early. And the last one we had in place we had 70% by 2030, but we achieved that this time in 2020. We got to about 76% as of last year. We have a track record of looking at how to reduce our carbon emissions and that’s partly as a result of going carbon neutral in 2006.

Stewart's team has been working on a heap of things from variable speed drives and LED lighting to large renewable projects on site. So it's kind of become a business as usual to take carbon into account in terms of the operational decision-making. Obviously, there's going to be things like gas that we need to address going forwards. But on the supply chain, it's newer for us and, therefore, a little bit more difficult for us to work through what we're going to do there.

What are some of the quick wins to help reach net zero?

SW: You have to have a suite of activities and that will depend on the site. Some sites are brand new with high levels of insulation and effective HVAC systems and others that are legacy, 20-year-old sites. They are definitely different.

A quick win is buying green electricity. That should be something that anyone can do without having to turn a screwdriver or spanner. Start from there. Then there is LED lighting. We completed our 100 per cent LED environment in the UK across a 1.6 million square foot estate in January 2021 – and the newest building is probably 15 years old. We needed the 600x600 seeding grid light fittings manufactured as they didn’t exist. We’ve driven the market and enabled others to take advantage of a manufacturing product. Somebody has to go first.

There isn’t a great air source, heat source, ground source heat pump, wood chip boilers with great commercial value and supply – certainly not for retro installation. If you're starting with a new site, you might have a better opportunity but you’re really left at the moment with more efficient gas.

Also work with your people. We tell our people that we are working to reduce our carbon footprint so we're going to experiment in an office by running the air conditioning two degrees higher on a certain day. Actually people don't complain that it's too hot because they know we're trying to do something.”

We’ve signed up to EV100 by 2025 and we announced a month ago that we will no longer enable employees who qualify for company cars to acquire an internal combustion engine based vehicle. We could have probably gone to various committees and vacillated over the months, we said let's just do it and see what happens.

I am also working with a company that will take surplus food from our restaurants and redistribute it. We have bamboo cutlery in our restaurants and have removed products such as cold drinks that don’t come in a metal can. Our sandwiches arrive in cardboard recycled packaging.

It’s a suite of activities, engaging your people, working with suppliers, and looking at everywhere you are emitting. We have a general strategy to emit less and buy well.

This interview forms part of Facilitate's net zero coverage, the core theme of the July-August 2021 edition.