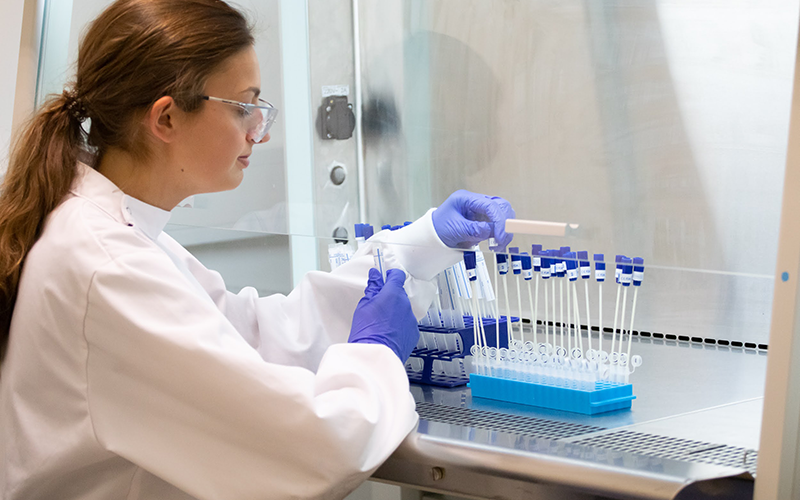 If as an FM you are being tasked with getting people back to work safely and 'mass testing' is now in your remit, what does mass testing actually mean and what are your options? asks Stuart MacLennan, CEO at Circular1 Health.

Mass testing means different things to different people, but of all the mass testing regimes, detecting viral proteins in nasal swabs or saliva by lateral flow is the one that is most widely talked about and promoted by the government. It’s the method being used by schools and colleges, for example, and being promoted in relation to events and stadia.

The benefits of lateral flow tests are principally that they are self-administered and achieve fast results. The tests are reasonably easy to perform: take a sample from the nose using a swab or collect saliva in a pot. The swab is then dipped into an extracting solution or the saliva is mixed with the same solution, which is then dripped onto a paper pad in the test device, producing a reaction that gives a visible result, typically within 30 minutes of the sample being applied.

The disadvantages are two-fold. One is a lower level of accuracy when lateral flow tests are used on their own, although it could be rationally argued that sensitivity, specificity, speed and ease of use are a trade-off, and so not necessarily a ‘disadvantage’ in the strictest sense.

We have shown that using lateral flow tests with an additional level of quality control (via a second laboratory-based confirmatory test) can address these accuracy limitations, in particular virtually eliminating false positives, but that does require access to a laboratory.

The second disadvantage – and one of much more interest to the FM – is one of logistics.

Since the tests are being conducted on site on the premises you protect, the challenge to the FM is how to ensure customer confidentiality:

To some FMs (and depending on the size and sophistication of the environment for which they are responsible) even these ‘disadvantages’ are not insurmountable. But there is another option for mass testing that could be considered and is similarly being promoted by the government, albeit only at the moment for more mission-critical businesses. It’s called ‘Test to Operate’ (T20) and involves a combination of ‘testing’ and ‘screening’.

The process is simple:

If the test is negative, they know they are safe to travel and can demonstrate a negative test to the FM team on returning to work. Temporary visitors can similarly be sent kits prior to their visits a week in advance and, again, within 24-hours of any planned meeting.

Currently, the preferred tests that are carried out are a combination of LAMP and the Gold Standard PCR tests running in series.

The advantages of this system – beyond the obvious fact that no testing needs to be carried out on the premises – is the degree of accuracy: LAMP/PCR tests provide a very high degree of specificity (99.995%), which means the risk of a false positive is extremely rare (at one in 20,000 tests conducted). The false negative rate is also vanishingly low due to the high ‘gain’ in the initial LAMP reaction. The combined accuracy of the tests are a critical part of ensuring staff and visitors remain safe.

The advantage, also, is that the whole process can be digitalised through the use of an app, providing the staff member and the facilities manager with a complete audit trail and confirmation that the individual is safe to return to work, conforming to PHE and HSE legal requirements.

The disadvantage to T20 is perhaps more one of myth rather than fact; namely, that it is too expensive. While £5 for a lateral flow test device initially seems low in comparison with laboratory-based testing, the additional requirements of managing the testing programme in a company, confirming the initial positive test results via a laboratory, and the mandated reporting of results to PHE mean that the cost and opportunity cost are in fact broadly in line with a managed service approach.