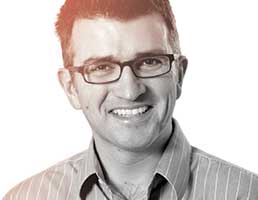 Well, we got there. Three and a half years after the referendum on the UK's membership of the European Union, its membership finally came to an end after 47 years at 11pm on 31 January. But nothing changed overnight; we remain aligned to the EU's rules until the end of 2020 at the earliest as both sides will attempt to secure some sort of workable trade deal to a challenging timescale.

Already the phony war surrounding the trade deal has begun, with Conservative ministers on this side of the Channel becoming increasingly strident in setting out a position that appears to be diverging from equivalence with the EU's current regulations, setting them up for awkward talks. The further the UK tries to diverge from EU rules, the more difficult it will be to strike an amicable deal. Indeed, talk is already growing of a 'Canada-style' deal or even the dreaded 'no-deal' cliff edge, which would see the UK revert to World Trade Organisation tariffs.

For UK companies who trade on the Continent, this is a worrying development. Under both the Canada-style option and WTO rules there are few or no tariff-free options for services and little in the way of regulatory equivalence. Although free-marketeers would argue that this gives the UK much-needed freedom to strike favourable deals with the rest of the world, there is no visibility over what form such deals would take and there are likely to be increased costs for businesses who operate across the UK and EU jurisdictions.

For FM firms there may be benefits from EU-based rivals finding access to the UK market more difficult and potentially costly; there's also the risk that trade deals with the US could see a new wave of competition emerge.

For companies such as G4S and Serco, which already trade across the globe, there will be challenges and potential costs associated with continuing to operate in the EU. But at least such companies are already set up to operate across multiple jurisdictions. European operators such as ISS and Vinci Facilities that have made inroads into the UK in recent years might find that the costs of operating in the UK eat into margins. Meanwhile, companies such as Mitie, which has traditionally employed significant numbers of staff from the EU under freedom of movement regulations, may find maintaining and growing their workforce becomes increasingly difficult and costly - posing clear implications for their ability to compete.

So although 'Brexit day' marked the beginning of the UK's exit from Europe, the next stage of extricating itself from the EU looks set to be even more difficult which, following the last three years of pain, is some prospect.

This article appeared in our March 2020 issue of Facilitate Magazine.
Click here to view this issue
Filed in
News
Also filed in
Content
Market Analysis
News