Plastics: what are service providers doing? 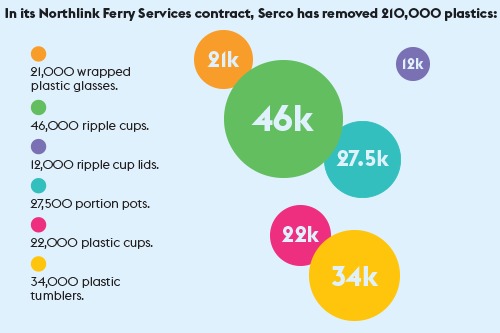 What are service providers doing about plastics? Herpreet Kaur Grewal finds out.

In 2018, Facilitate published a feature about what facilities managers and suppliers are doing to cut out single-use plastic - and the implications of doing so.

Indeed, removing single-use plastic and other needless waste has become an urgency as awareness of the climate crisis increases.

A recent Edie survey of almost 300 sustainability and resource professionals has found that at least 50 per cent of businesses haven't examined the carbon impact of single-use plastics alternatives. This discovery comes amid growing calls for businesses to intertwine actions on plastics and climate change.

Yet some FM service providers are rising to the challenge.

In February, Sodexo announced that it has begun removing products containing non-recyclable polystyrene and single-use plastic bags from its supply chain.

Over the past couple of years the company has been stepping up efforts to minimise the impact of its operations on the environment. In May 2018, plastic stirrers and straws were the first items to be banned.

The collective efforts of its teams have resulted in an 84 per cent reduction in the use of polystyrene items, and now all food service items such as takeaway boxes and cups made from non-recyclable polystyrene have been withdrawn.

Ana Svab, CSR manager, Sodexo UK & Ireland, said: "Removing plastic stirrers and straws back in 2018 resulted in a reduction of 1.8 million of each being used and thrown away. As with straws and stirrers, we are asking our teams to run down their existing stocks of these items to avoid creating any further unnecessary waste."

Sodexo's retail operations will withdraw single-use plastic bags and offer customers paper or reusable bags to buy as an alternative. Over the past few years for every carrier bag sold, Sodexo has donated to the Marine Conservation Society's efforts to turn the tide on plastic pollution on beaches and oceans.

See opposite for what other large service providers are doing to remove plastics from the supply chain. 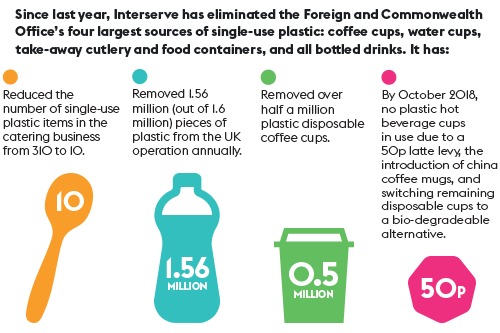 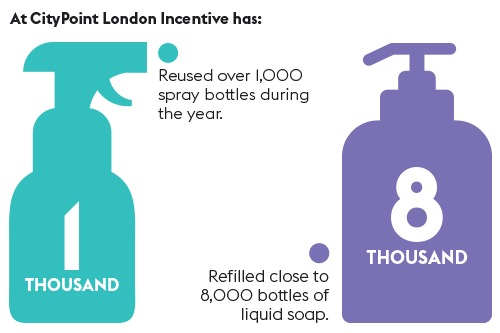 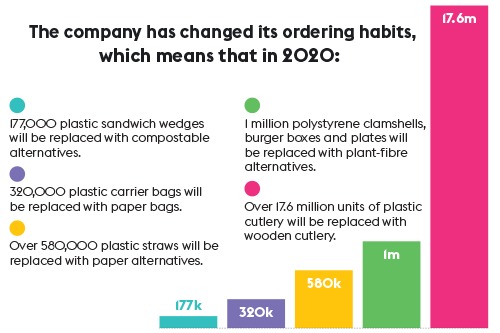