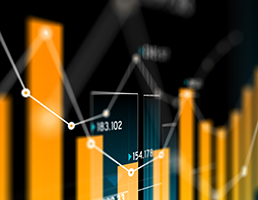 Pest control operator Rentokil has posted a 7.2 per cent rise in first-quarter revenue on April 16, warning that the impact of the coronavirus crisis in Q2 is set to be greater in the last two weeks of March as more countries were locked down.

The group, which cancelled its dividend and withdrew 2020 guidance in March because of the pandemic – said it had made a good start to the year, with ongoing revenue up 7.2 per cent to £630.5 million and operating profit moving “slightly ahead” of revenue in the three months to 31 March.

Its pest control sector saw revenue rise by 9.3 per cent, as the hygiene business increased by 4.6 per cent. Its protect and enhance division revenue grew by 1.9 per cent.

The group said: “While the net impact from the coronavirus outbreak was not significant for the first 10 weeks of the year, we saw a marked impact in the last two weeks of March, as the crisis deepened across the world.”

In March, overall group ongoing revenue was 4.4 per cent higher than the previous year, with pest control revenue up 6.6 per cent and hygiene up by 2.6 per cent.

The group added that the pest control business has been classified as an essential service by most of the clients in its portfolio, which were less prone to business closures than other wider markets – such as are hotels, restaurants and catering and commercial offices – and the impact has been heaviest in territories with the most extreme lockdown regimes.

This was particularly true in Italy, which was in severe lockdown for several weeks before the UK. Revenues fell 15.3 per cent in March, compared with a 5.7 per cent drop in the quarter.

In North America revenues rose by 8.5 per cent compared with 10.4 per cent across the quarter. However, its operation in China is now returning to normal, with all employees able to return to work.

The company has instituted pay cuts from board members and top management – estimated at over £100 million of cost savings – and has called on the government's Covid Corporate Financing Facility (CCFF) emergency funding measures as part of its steps to conserve cash.

The group said it now has about £1.2 billion – £550 million of which is drawn down on its revolving credit facility to allow for easier cash flow management.

Rentokil said its approach to managing during the crisis is to address the challenge in three phases – requirements during the crisis phase, the clean-up required in the recovery phase, and strategic opportunities in the medium term.

CEO Andy Ransom said: “The actions we are taking now will allow us to rebuild our business to full strength and to play an ever-bigger role through the recovery phase in protecting public health and ensuring safe working environments around the world.”

London (Greater)
Up to £47,276 per annum plus excellent benefits
Reference
59097
END_OF_DOCUMENT_TOKEN_TO_BE_REPLACED