Mitie signs up to third initiative with the Climate Group 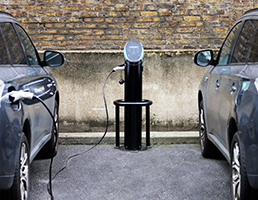 Mitie reports that it has now signed up to RE100 – the third of The Climate Group’s initiatives along with EV100 and EP100.

The FM company has committed to using only renewable energy across all its sites, making it only the eighth company in the world to make this commitment.

RE100 is a global initiative led by non-profit The Climate Group to bring together businesses pledged to use only renewable electricity by 2050. Mitie signed up to EV100 in 2019, with the aim of converting its entire fleet to electric vehicles, and EP100 in 2020, with a promise to double its energy productivity over 25 years.

Mitie is also developing systems allowing it to pay directly for the electricity that employees use at home to charge company electric vehicles. This is to ensure that Mitie’s fleet will be carbon-neutral, as only renewable energy will be used to charge vehicles. It will also allow Mitie to track energy consumption across the business so that it can identify more ways to maximise energy productivity.

As part of Plan Zero, Mitie will also use its expertise in renewable energy, sustainable infrastructure and efficient buildings to support clients to achieve their sustainability and zero-carbon goals. Mitie Energy is supporting customers by procuring their renewable energy as well as helping them to cut energy use, for example, by installing building management systems, transitioning to zero-carbon fleets or decarbonising heating systems.

Simon King, Mitie’s director of sustainability and social value, said: “Having switched to 100 per cent renewable energy across our business, we’re driving ahead with our fully electric fleet and well on our way to fulfilling our Plan Zero pledge to eliminate carbon emissions from both power and transport.

“The obvious next step is to use our experience and expertise to support our clients in switching to renewable energy and achieving their own net-zero targets.”

Sam Kimmins, head of RE100, said: “Mitie’s membership of all three of The Climate Group’s business initiatives shows that they are serious about sustainability and are taking leadership on clean power.

“We urge others in the sector to follow their lead.”