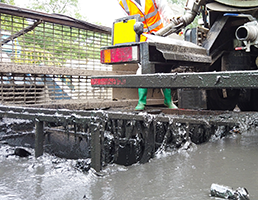 Kier has been awarded a place on both lots 1 and 2 of the £2.6 billion Thames Water AMP7 Capital Programmes Framework (Runway 2).

Lot 1 is non-infrastructure works and covers all works above ground such as the refurbishment, replacement and provision of new potable water and wastewater treatment assets, including service and storage reservoirs.

Lot 2 involves infrastructure works covering all underground works and broadly extends from rehabilitation, replacement and provision of new sewers and pumping assets to potable water pipelines to inspection and maintenance of aqueducts and tunnels.

The framework will run for five years initially, as part of Thames Water’s 2020-2025 AMP7 plans, with the option to extend it for another five years through to AMP8. Later this year, five more lots will be announced as part of this framework.

Mark Pengelly, group managing director for Kier Infrastructure, said: “AMP7 includes a number of complex projects and significant programmes, of which both our Utilities and Infrastructure teams have the combined capabilities to provide the highest levels of project delivery over the next five years. We look forward to delivering new projects through this framework and enhancing the infrastructure for the communities Thames Water serves.”

Barry McNicholas, group managing director for Kier Utilities & Rail, said: “Over the last five years, we have delivered a first-class service to Thames Water and the communities it serves. Working collaboratively with our Infrastructure team, over the next five years, we look forward to utilising our skills and experience to deliver vital infrastructure both above and below ground.”

This framework appointment builds on Kier’s relationship with Thames Water. Previously, it had a place on the AMP6 £1bn Thames Water Infrastructure Alliance contract and has also been involved in upgrading Deephams Sewage Works in Edmonton, which now serves one million customers.