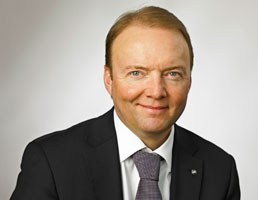 Facilities services provider ISS has announced that Jeff Gravenhorst is to retire and will step down as CEO after 10 years in the role.

He is succeeded by Jacob Aarup-Andersen, who takes up the position on 1 September. Gravenhorst will remain in post until Aarup-Andersen joins the business and will help to ensure a smooth transition for the new leadership.

Aarup-Andersen was appointed following a succession process that included an internal talent review and a global search. The board felt his knowledge, skills and experience would complement the existing leadership team.

Aarup-Andersen has been a member of the executive leadership team of Danske Bank A/S since 2016 and is currently head of the Danish banking division, having previously been chief financial officer.

Lord Allen of Kensington, chair of the board of directors at ISS A/S, said Gravenhorst, who joined ISS in 2002 and became CEO in 2010, “has led the company through a major transformation, under both private and public ownership, shifting ISS’s focus towards key accounts”.

He added: “ISS’s response and unrivalled service excellence through the current Covid-19 crisis are testimony to the strength of the organisation that Jeff has helped build.”

“As ISS enters a new phase in its transformation and as we seek to leverage the progress of recent years, this is the right time for new leadership to take us to the next level. Jacob Aarup-Andersen has an outstanding track record of implementing change and executing strategy within large, complex organisations. His reputation as a leader is first-rate, with excellent personal skills and strong followership. Jacob’s financial acumen and dynamism will also serve ISS well and ensure we are able to deliver value for all our stakeholders, consistently and sustainably.”