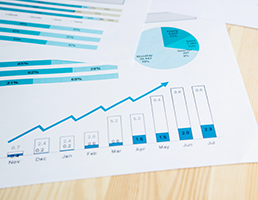 Balfour Beatty saw a strong first quarter of the financial year, building on the positive momentum from 2019.

Thereafter, the effect of Covid-19 and the resulting lockdown have “had a material impact on financial performance across all divisions”.

In the group’s support services, many employees were designated as key workers and although operations were somewhat negatively affected by Covid-19 this sector “has shown resilience, with limited closures, and in some circumstances an opportunity to accelerate maintenance works on road, rail and power assets”.

Most of the group’s construction projects have remained operational during the period “with the trend now improving week to week”. In April, 78 per cent of the group’s sites, across the UK and US, were open.  In May, whilst 83 per cent of sites were open and 17 per cent were closed.

The most affected areas in the UK were Scotland, where the devolved administration required the closure of all non-essential construction works, and London, where public transport availability was “a significant challenge”.

In the infrastructure investments division, operations in the UK continued as normal, supported by the government advice that PFI contractors should consider themselves to be part of the public sector response to Covid-19.

Given current market uncertainty, and the strong liquidity position of the group, in the first five months of the year, the group said it has not disposed of any material infrastructure investment assets. In line with its strategy to maximise shareholders’ returns, the board will only resume disposals when market conditions return to more normal levels.

“The key driver of performance for the rest of the year will be improving current productivity, which will depend on the availability of employees, subcontractors and materials, whilst maintaining social distancing rules and ensuring satisfactory contractual resolution on projects impacted by Covid-19.

“Whilst working in the ‘new normal’ will present challenges, it will also offer opportunities for innovation and efficiencies. Last month, the group established a New Normal Taskforce that has generated over 450 ideas from across the business through an employee engagement campaign. These ideas are being taken forward for implementation under four strategic themes (working environment, new markets and capability, digital enhancement and rapid return to work) and will be incorporated to deliver operational and financial efficiencies.

Despite the current difficulties, Balfour Beatty said the group “is well-positioned financially, operationally and culturally to weather the complex and evolving situation and deliver on its market-leading strengths”.

In May, 83 per cent of Balfour Beatty‘s UK and US construction sites were operational, while the group adhered to all regulation and government guidance across each of its markets.

The group said it was continuing “to benefit from the strong financial position that it has built up over the last five years”. As at 27 May, the group had £452 million of net cash and £375 million of undrawn facilities.  The average net cash for the first four months of the year was £464 million (2019: £325 million). Cash discipline remains the group’s principal financial priority at this time.

This increase was due to the addition of over £3 billion of HS2 contracts following a notice to proceed in April. Balfour Beatty, in a joint venture with VINCI, will deliver lots N1 and N2 south of Birmingham – comprising extensive earthworks, ground engineering, viaducts and tunnels along a 90kilometre stretch – and the London hub station at Old Oak Common.

The same month Highways England named the group as a contractor partner to deliver the future smart motorway programme (southern area) via a 10-year framework. During the same period, the group also undertook significant construction contracts in the US and at Hong Kong International Airport.

Leo Quinn, CEO, said: “As we navigate the group through this exceptional year, we will maintain our focus on the longer term to ensure we are ready to capitalise fully on the significant opportunities in our chosen markets.”

In March the group shifted its AGM to 25 June because of Covid-19.  It also stated that the board would keep the appropriateness of paying the final dividend for 2019 under review until the AGM, and a final decision would depend on the circumstances at the time. The AGM will be a closed meeting, attended by the minimum quorum of shareholders, with voting by proxy.

The board said it has decided to cancel the final dividend for 2019, but will shortly be giving notice to preference shareholders of its intention to redeem in full the £112 million of preference shares that fall due on 1 July.