Mitie and Interserve merger is ‘sensible but will reduce competition’ 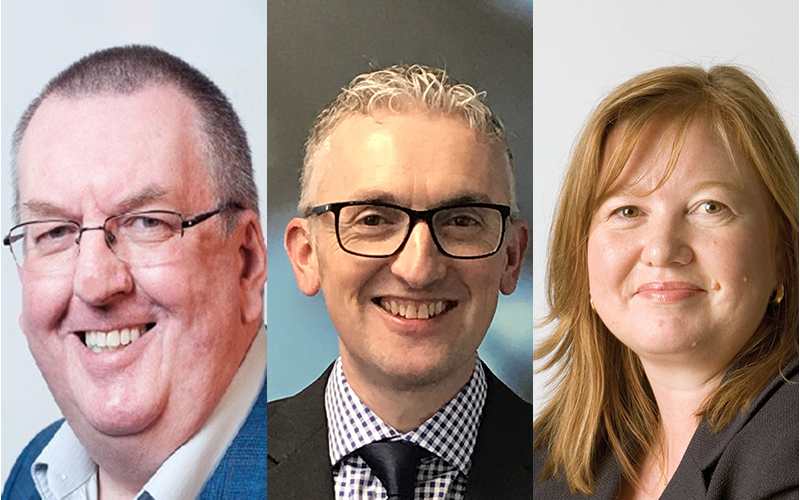 The merger of Mitie and Interserve’s facilities service arms is seen as a ‘bold’ and ’sensible’ move that ‘will be welcomed’, according to sector specialists.

Mitie signed a conditional sale and purchase agreement to acquire Interserve Facilities Management in a transaction valued at £271 million.

FM consultant John Bowen (left) told Facilitate: “I think that it is a good move. These are tough times even if we don’t know quite how tough yet and the impact of service industries is likely to be hard because we are an overhead for our clients.

“There should be economies of scale that can be exploited and I see this as a sensible merger for the two companies. From a client perspective, it reduces the competition, but it does mean that the combined company should be one that can service a client’s need from a strong resource base.”

Mark Whittaker (lcentre), MIWFM, FM solutions consultant and non-executive director of the Institute of Workplace & Facilities Management, said the merger had been one of the industry’s “worst-kept secrets” since Interserve’s pre-pack administration last year.

Whittaker said: “It’s a bold and fascinating development for the sector, creating an FM contracting powerhouse of reportedly 78,000 staff and £3 billion turnover.

“Mitie appears to be inheriting a strong customer-base, particularly within the public sector and one of the profitable areas of the Interserve business. Client-side perception will also be interesting, as I regularly get a sense from some that they don’t necessarily feel ‘big is beautiful’ and the larger the company, the more impersonal the service delivery can become. Nonetheless, it’s certainly an ambitious statement of intent from Mitie.”

Lucy Jeynes (right), managing director of Larch Consulting, said the announcement “will be welcomed not only by the clients of Interserve, who have been waiting to see how the story will play out but also for the many staff who have had to go to work every day with uncertainty for a couple of years”.

“Will it be a good marriage? Some of the industry acquisitions run more smoothly than others. When Cofathec and Elyo came together to form Cofely (now Engie) it was not an easy marriage, and when Balfour Beatty Workplace came into the fold it took a long time for that team to integrate too,” she said. “Mitie in its old manifestation acquired Dalkia, which took a while to meld, but if there is anyone left in Mitie from those days, they may remember and apply some of the lessons they learned.

Jeynes added: “Interserve is lacking really smart technology tools. Mitie has been innovating and investing heavily in this area, so this ought to bring benefit very quickly to Interserve clients in some of those anchor contracts such as BBC, UCLH and their joint venture with the University of Sussex, to name but a few. There are some good people in the Interserve team – I hope this deal will give them a chance to flourish and grow.”

Guy Hewett, research director (support services) at advisory and brokerage firm finnCap, said of the proposed deal: “While the inevitable cost savings will provide some short term relief the deal does not address the fundamental issues the FM industry faces. There has been too much focus on scale and cost cutting by both the service providers and customers to the detriment of innovation and change. The consequences of this have been all too public in recent years. Return on capital needed to rise by deploying new capital that added increasing value rather than elongating rewards from historic investment."

Hewett stressed the need for asset and property owners to adapt in the aftermath of the pandemic and suggested client and service provider cultures "need to change to embed technology, innovation and flexibility into the industry. He added: "Indeed Mitie appeared to have recognised this with its talk of yielding faster growth from distinctive technology and its ‘transformation’ plan. The reality is this sort of transformation takes time and focus.

"Maybe, the Interserve deal buys some more time but it must be to the detriment of focus and once the acquisition has been fully integrated Mitie might find that clients are now receiving that focus from smaller technology-first rivals that are culturally in tune with the demands of a new world.”

The proposed merger, which is subject to approval from Mitie’s shareholders and will require ratification by the Competition and Markets Authority, is expected to be completed by the end of this year.

"While the inevitable cost savings will provide some short term relief the deal does not address the fundamental issues the FM industry faces."