More than six in 10 firms are ‘struggling to obtain RPE’ 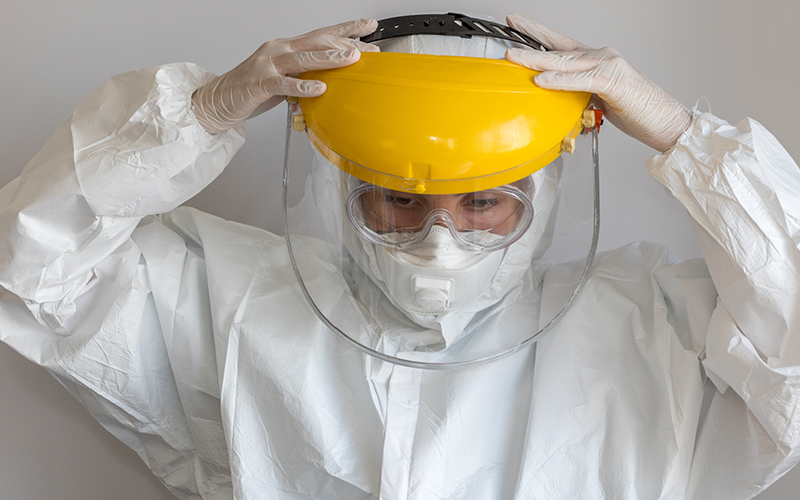 Six in 10 engineering services businesses (63 per cent) are having “sustained difficulty” in obtaining suitable face masks for use on-site, says the Building Engineering Services Association (BESA).

According to a joint survey by trade bodies BESA, ECA (Electrical Contractors' Association), SELECT, SNIPEF, LEIA and the CICV Forum, of the businesses struggling to obtain FFP3 masks, 15 per cent said their situation was “impossible”, and 36 per cent said it was “highly challenging”.

And at least four in 10 respondents (44 per cent) said they were having “sustained difficulty” in obtaining FFP2 dust masks for use on-site, with 10 per cent of businesses reporting that they had encountered faulty or counterfeit respiratory protective equipment (RPE).

Thirty-seven per cent said the current RPE situation had caused them to delay activity, with 3 per cent saying it had already caused them to lose work. But more than one in five businesses (21 per cent) said that they were taking steps to adjust by redesigning their work to avoid respiratory hazards.

The cost of both FFP3 and FFP2 face masks has also risen dramatically during the crisis. More than nine in 10 respondents said prices had increased, with almost half of the polled businesses reporting that face masks had at least doubled in price (49 per cent for FFP3, 46 per cent for FFP2).

The survey, held during June, was completed by 230 engineering services businesses.

ECA director of CSR Paul Reeve said: “The inflated cost of RPE is clearly a problem but it’s overshadowed by the difficulties being encountered across our sector, to businesses who want to provide protection, but also reassurance, to their employees regarding coronavirus, as well as the other more established respiratory hazards.”

Rebecca Crosland, BESA’s health and safety advisor, added: “RPE and PPE are vital for our sector to operate safely, not only to protect workers from Covid-19, but from regular hazards such as inhaling dust, silica, and other poisonous chemicals. This survey demonstrates the scale of the supply problems our members are experiencing, and it is anticipated there will be an additional increase in demand as further businesses reopen. The supply of compliant RPE/PPE must be urgently addressed to maintain productivity and the health and safety of workers.”

Overall, four in 10 businesses (41 per cent) said current access to face fit testing was a “practical concern”, although 41 per cent also indicated that it was not an issue for them.