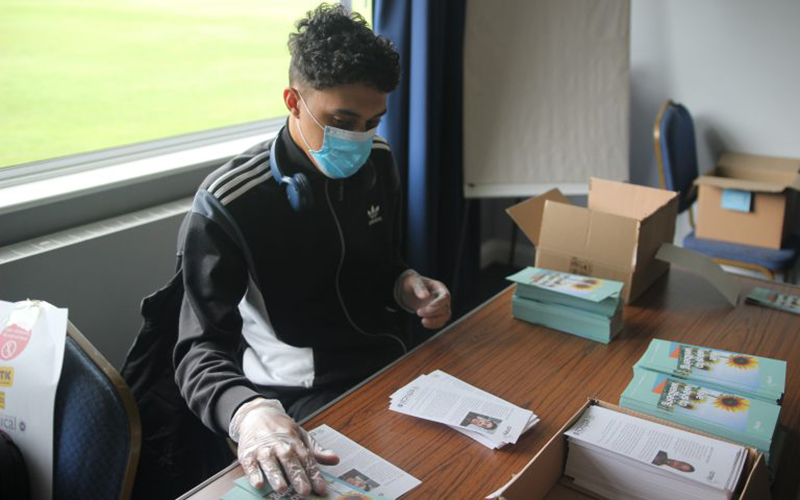 Amey has teamed up with social enterprise Ethical Stationery and a group of South London charities in Croydon to package and distribute face coverings to its 16,000 UK employees, including more than 10,000 key workers.

Organisations taking part include Lives not Knives, Croydon Nightwatch and Evolve Housing, all of whom have been enlisted by Ethical Stationery to nominate vulnerable people in the Croydon community who would benefit from being employed to pack and process the face coverings over two days at Old Whitgiftian RFC.

The project brings together social enterprises, charities, and UK manufacturers to demonstrate the power of procurement and the ability of large businesses to have a positive social impact at every step of the supply chain by collaborating with local third sector organisations and small businesses.

Amanda Fisher, Amey CEO, said: “Social enterprises are going to be critical in getting local communities back on their feet as the UK emerges from the pandemic and the government looks to build a fairer, more productive Britain. This is why ‘buying social’ is a core part of our social value plan, and why we announced earlier this year that we would be increasing our spend with social enterprises by 60 per cent to £8 million in 2020. “Our work with Ethical Stationery is an excellent example of this commitment and it shows just how impactful a sustainable procurement strategy can be.”