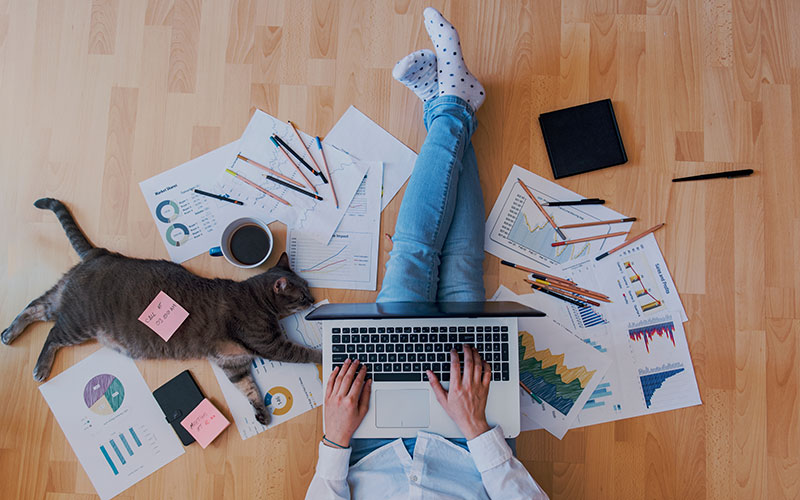 The number of employees who do not want to return to the office has almost doubled since lockdown began, shows a poll carried out for the Institute of Workplace and Facilities Management.

The YouGov poll, commissioned by the institute, surveyed 2,000 office workers across the country in April and again in late June and revealed that as employees settle into a homeworking routine, attitudes towards a return to the office have hardened – with over half (51 per cent) believing that this period has made the idea of an office unnecessary.

At least a third (34 per cent) of employees now report not looking forward to returning to the office – up from just 19 per cent in early April. Half (51 per cent) feel this period of homeworking has made the concept of office working unnecessary.

Financial concerns are also a factor. Of those surveyed, 43 per cent are worried about reverting to a costly commute, rising to 58 per cent of those aged 18 to 24. Indeed, concerns over the financial impact of a commute are more prevalent than worries about being able to maintain social distancing on public transport (31 per cent).

Concerns about health and safety in the office space are also prevalent. Even with government guidelines in place, 41 per cent feel social distancing will be unrealistic to maintain in practice in an office environment, and 63 per cent do not feel their employer is doing enough to protect their health and safety in formulating return to the office plans.

This has led to three-quarters (73 per cent) wanting their employer to offer more flexible working options in the future – with nearly a fifth (17 per cent) feeling so strongly that not being offered such options would lead them to search for a new job.

The Institute of Workplace and Facilities Management warns that employers must act now to forge a new role for the office, or risk cultural and productivity challenges.

Chris Moriarty, director of Insight at the Institute of Workplace and Facilities Management, said: “Humans are creatures of habit – and after months of lockdown, it’s unsurprising that many employees have become accustomed to a homeworking routine. However, the role of the traditional office space in promoting connectivity, collaboration and cohesion contributing to the productivity and culture of an organisation cannot be understated.

“The make-up of workplaces will change as we move beyond the crisis. Office-based versus remote working must not be seen as a binary choice. Employers must make efforts to provide staff with compelling support and incentives to return to a corporate space, whilst also ensuring policies provide the choice and flexibility to maintain employee engagement and to retain talent.”

Of those surveyed, 59 per cent reported having received regular communication on steps to return to the office, and another 45 per cent have been encouraged to provide input and feedback into return plans.

The research was conducted by the Institute of Workplace and Facilities Management as part of its ‘Return to the Workplace’ campaign. For more information on the campaign, click here.