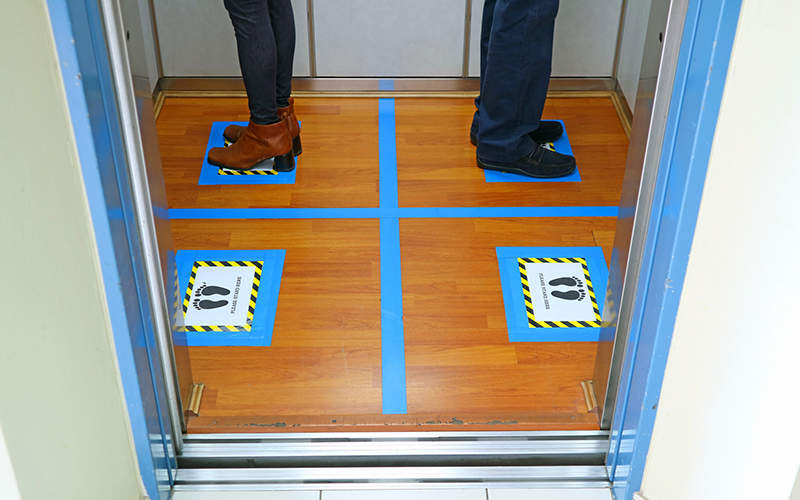 The British Council for Offices (BCO) has released fresh guidance on the safe use of escalators and lifts as the nation begins to return to the office.

The safe use of lifts and escalators has been a priority for the industry, with 90 per cent of decision-makers and influencers in the commercial office sector saying they were worried about their safe use.

To help resolve this situation, the guidance emphasises the importance of social distancing and strict hygiene measures.

In lifts, this means reducing the amount of time that doors stay open, implementing queue controls, marking where users should stand and upgrading controls to make them touchless – something that could see the introduction of apps that allow users to select their floor by phone, or buttons that are pressed by foot.

Escalator riders, meanwhile, can also expect to be told where to stand by markings, and to be guided by upgraded antimicrobial handrails.

The guidance suggests that masks should be worn, particularly in lifts, and that hand sanitising stations should be provided at both entry and exit points for lifts and escalators.

All this will make the office experience feel quite different – an average 2,000kg escalator carries 16 people, but capacity will now be capped at just four.

But change, says the BCO, should not just be for Covid-19. The paper states that even if a vaccine is found, a future pandemic would necessitate the “same response”. To mitigate against future pandemics, the paper suggests more substantial design changes – including fitting wide doors to lifts and improving internal ventilation.