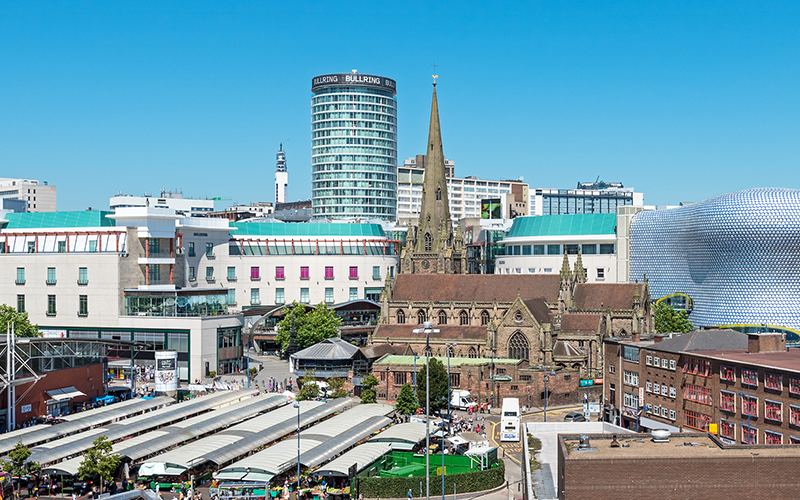 Analysis of regional office activity in the second quarter of 2020 shows the strongest performance was in out-of-town markets.

During Q2 there had been significant practical difficulties in conducting viewings and due diligence, as occupiers were either delaying or putting their occupational requirements on hold while reassessing their space requirements. There has also been a rise in the number of re-gears on both a long-term and short-term flexible basis, as occupiers delay longer-term decisions.

Most markets have seen a sharp dip in demand, although there was some notable activity in the out-of-town markets. In Manchester, Newcastle and Glasgow saw several deals for about 30,000sq ft completed, with the latter two cities recording above-average take-up.

The public sector was the most active in the city centre markets in Q2, headlined by the Department for Work and Pensions deal for 48,787sq ft in Birmingham.

The supply pipeline remains relatively constrained, with five million square feet of offices under construction across the Big Nine city centres, of which half is pre-let. The speculative space available is mainly in larger cities, with 36 per cent in Manchester, 23 per cent in Birmingham and 10 per cent in Glasgow.

Headline rents have not been tested yet because of the paucity of big transactions. However, there has been a jump in some rent-free periods to compensate for the delays to occupiers. The average of prime rents across the ‘Big Nine’ was about £31.61 per square foot (psf). With an average rent-free period of 19.3 months on a 10-year term, this equates to a net effective rent of £27.32psf.

Occupiers are gradually restarting requirements that were on hold and the number of transactions is likely to increase as the year progresses, and September is likely to show a step change in activity when many firms are expected to return to the office. But the level of transactions may not return to normal levels before next year.

The largest transaction was by BP at Cargo, London E14, where the oil and gas group took 205,000sq ft.

Avison Young warns that coming months could see some change as the real impact of Covid-19 on the economy sets in amid full recession, as occupiers might reconsider their space needs. Many companies are taking the time to run strategic reviews of their occupational estate and a temporary reduction in occupancy is likely in some cases.

The pandemic has changed the priorities of both investors and tenants when making real estate decisions. It is also expected that both will place a larger emphasis on health and wellbeing when considering the pricing and take-up of space, rather than focusing purely on size and location.

The flexible office sector is under huge pressure and consolidations are imminent because the lockdown has had a huge effect on occupancy levels. However, flexible office operators are well placed to provide ‘ready-to-go’ space to pick up on likely demand from displaced occupiers. Some operators are considering hub-and-spoke fringe or suburban London locations to attract tenants looking to cut staff presence in head offices, and to take advantage of what is likely to be a hesitant return to regular use of public transport.

Charles Toogood, Avison Young’s principal and managing director for national offices, said: “The office market is faced with the dual challenge of a shrinking economy and the structural changes occurring as a result of the pandemic. Occupiers are uncertain over future space needs, with some companies taking the opportunity to conduct a strategic review across their occupational estate.”