Nearly half of employees already back at work 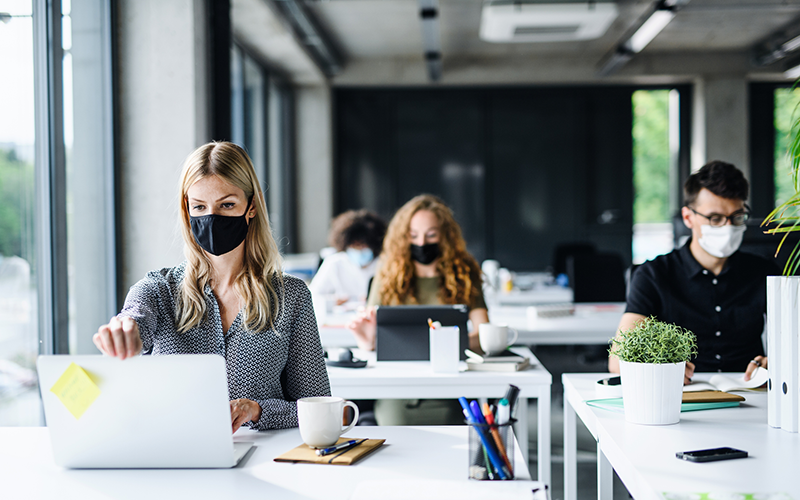 Based on a survey of 1,000 office workers in the UK, 45 per cent have already returned to the office and 31 per cent have been told they can return within the next four months.

The research from outsourced communications provider MoneyPenny also showed that 5 per cent won’t be returning until January 2021, while 18 per cent have not yet been given a return date.

Most of those back in the office were based in the North East and the East Midlands, with East England and Scotland having the highest percentages of those not yet told when they can return to the office.

The study also found that 34 per cent are “entirely comfortable returning to the office” but 48 per cent “admitted to having some concerns about Covid risks”.

Regional data shows that about a quarter of Yorkshire-based respondents are uncomfortable about returning to the office – only 15 per cent of those in Yorkshire said their workplace had made wearing masks compulsory in all areas of their offices. This is the lowest percentage of any region in the UK.

Nearly half (47 per cent) of workers in Northern Ireland were most comfortable about returning to the office.

Over a third (37 per cent) of employees had no problems with wearing a face mask but 36 per cent would “find it too much” to wear during the whole working day.

Respondents in London (40 per cent) and Leicester (58 per cent) said their companies have made masks compulsory for all areas of the office. In Wales, where mask-wearing is voluntary, 36 per cent said they would choose not to wear a mask, whereas the national average was 26 per cent.

Despite some offices choosing to stagger working times, 16 per cent of workers “don’t trust their colleagues to social distance in the office”. Scotland was the least trusting and those in the North East were the most trusting.