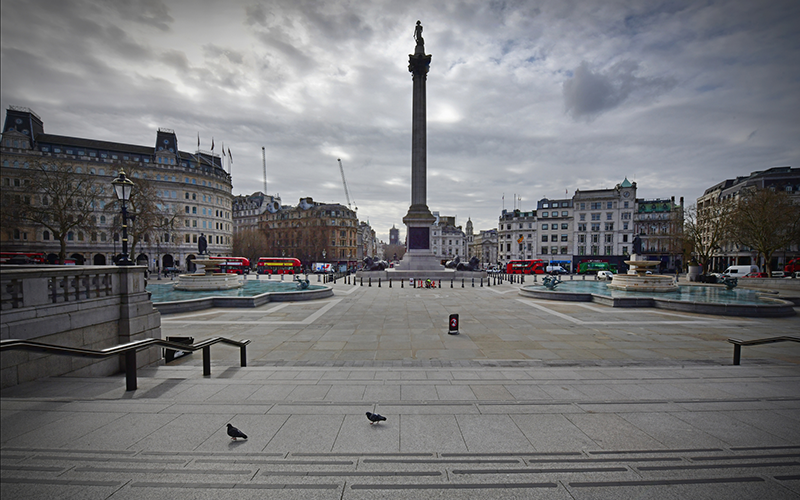 Despite calls from Prime Minister Boris Johnson for city workers to get back to the workplace, a mere one in six have returned this summer.

The research compiled by the Centre for Cities think tank on behalf of Sky News showed that in the first two weeks of August, worker footfall in the UK's cities was at 17 per cent of pre-lockdown levels, resulting in depressed economic activity and a threat to many small businesses' survival.

Worker footfall figures were among the lowest in the capital cities:

Speaking specifically about London, Theo Nicolaou, managing director at SmartSec Solutions, a specialist corporate security and front of house reception provider, said: “The impact of not having office workers spending on shopping, work, hospitality or cultural attractions could leave a devastating impact on London for years.

“As more people work from home, fewer are commuting to work in the city centres. We are seeing first-hand that whilst things are slowly re-opening across London, the level of footfall within the building we manage across the capital remains frighteningly low because people are nervous to use public services, which you can understand.

“This isn’t helped by the roll out of new congestion charges in London, which is now 7am to 10pm Monday to Sunday. Previously key workers were able to drive into work and park up at their convenience, and this was particularly useful for our night security officers. Now they fall into that congestion charge and as a result they are inevitably going to take the tube, which no one wants at this particular time.”

Nicolaou added: “The performance of our cities has a direct impact on local economies throughout the UK. They include the absolute pinnacles when it comes to corporations and culture. They are the heart which beats fiscal benefits throughout the length and breadth of the UK.  We must not take them nor their role for granted.”

According to analysis from US bank Morgan Stanley’s research unit AlphaWise, British office workers have returned to their desks at a much slower pace than staff in France, Germany, Italy or Spain.

Angela Love, director at Active Workplace Solutions, said: "We must address the desperate need of getting people back into the workplace before there is no workplace. You can’t go a day without seeing another well-established large organisation committing to remote working for good. Barclays and PwC are just two of the most recent names. What impact is this going to have on our already deserted cities and towns, which are the lifeblood of positive fiscal performance?"