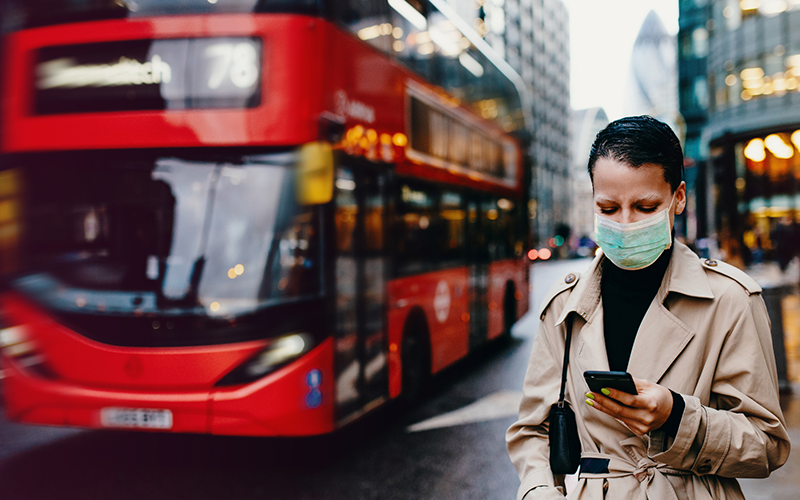 The Mayor of London has said that the government and those in positions of power must be honest with the public about the reality of the threat of a deadly second wave of Covid-19 and an economic crisis “which is being particularly felt in city centres” as City Hall publishes research showing workers’ reluctance to return to work.

Research by City Hall shows the biggest barrier to the economic recovery is fear of infection. Two-thirds of Londoners view the virus as at least a moderate risk to themselves (64 per cent), and nearly 90 per cent as a risk to others (86 per cent). When asked what would encourage them to return to life as normal, and to start travelling to central London more, the most common answers prove the problem: lower prevalence of the virus, smaller crowds and more people wearing face coverings.

Businesses have told City Hall that rather than politicians threatening employees to return to the workplace, they need sustained support from government that recognises the hugely difficult balancing act of increasing activity in London’s economy, while doing all they can to protect people’s health. Right now the mayor and officials in City Hall continue to plan for how we would respond to a large resurgence of the virus over the winter – which could last longer than the first outbreak.

The ‘grown-up approach’ required now is to properly assess what support London’s businesses need now and over the coming months, and use this assessment to put in place a package of support to see businesses through and protect jobs until the virus has been tackled for good.

The mayor is commissioning a major survey of London’s businesses, exploring the safe capacity of our workplaces under current government guidelines. In order to understand what ‘back to work’ really looks like in central London, and how many people we can realistically expect to be going into central London to work, the mayor's office says it is vital to understand how many people can actually physically go back into their workplaces with the social distancing rules in place. This work will provide a major snapshot of the position of London offices now, and also where businesses expect to be in six months. It will also show what more City Hall and government can do to help businesses.

TfL has introduced a rigorous cleaning process and there are lots of times during the day that the network is quiet, allowing Londoners to safely visit cultural attractions and hospitality more than they currently are.

City’s Hall’s relaunched London is Open Campaign is encouraging people to return safely to London’s venues and cultural institutions that are really struggling with reduced footfall across the capital.

Mayor of London Sadiq Khan said: “What businesses are telling me is that rather than politicians threatening employees to return to the workplace, they need sustained support from government that recognises the hugely difficult balancing act of increasing activity in London’s economy, while doing all they can to protect people’s health.

“Londoners aren’t stupid – they read about the rising number of cases across Europe and predictions that a second wave here in the UK could be even worse than the first. That’s why berating people or shouting at them to return to central London is a counterproductive approach. It simply won’t work.

“I’m focused on working with TfL to make sure transport is as safe as it can possibly be and to let Londoners know that they can visit London’s cultural attractions and hospitality businesses more than they currently are, particularly at times when the transport network is quiet.

“We must be honest that the health and economic crises caused by this pandemic are interlinked and cannot be separated. The truth is, as long as social distancing rules are in place, there is a limit to how many people can safely return to workplaces. This is the reality we have to face as we plan for our city’s future over the coming months.”