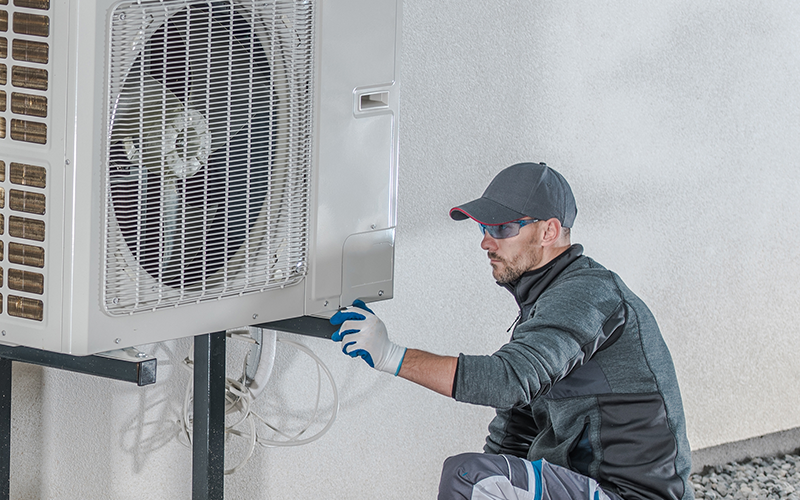 If heat pumps are to be retrofitted into existing London buildings to meet 2030 net-zero targets, action must be taken now, according to the head of technical at the British Engineering Services Association (BESA).

A recent Carbon Trust report said heat pumps would play a critical role in tackling emissions from London’s buildings and delivering the mayor’s 2030 net-zero ambitions. London will need to make a rapid transition from gas to low-carbon heat solutions, most of which will be retrofitted into existing buildings, as at least 80 per cent of buildings are expected to still be standing in 2050.

Heat pump systems have the potential to deliver immediate carbon emission savings of 60-70 per cent compared with conventional electric heating and 55-65 per cent when compared with an efficient gas boiler.

But Graeme Fox told Facilitate that to achieve this, action would need to be taken now and even if it was, he pointed out a number of challenges that had to be tackled for this to happen.

"The actual issues are kind of multi-layered," he said.

For a start, Fox says the most efficient type of pumps had to be fitted – known as the split type system. Fox says more engineers willing to fit pumps into domestic buildings were needed and fitted adequately – by someone qualified to fit it.

Fox said manufacturers were “quite comfortable that they can meet the demand of actually producing the units. The demand or the supply shortfall is going to come in on the labour side. In the installer base rather than the manufacturing of products”.

Fox added: “Then there's the issue of servicing them and the repairs that's a lot of concern [if there is not enough labour].”

He also thinks there “needs to be more government action” and that “heat pumps need to be made available to homeowners”.

Although commercial buildings also need to have heat pumps fitted, it is a “more mature market” and already being done in retail and office buildings as a matter of course, according to Fox.