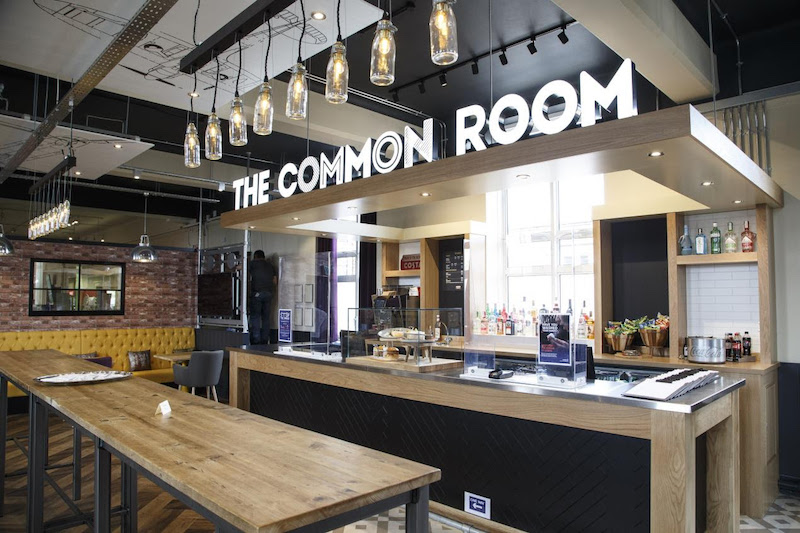 Sodexo is managing the new Common Room facility in the junior ranks mess building at the heart of the base’s domestic site in South Oxfordshire.

The facility, a relaxed environment to buy meals and snacks, was officially opened last week (11 September) by RAF chief of staff for personnel, Air Vice-Marshal Maria Byford, and the controller of the RAF Benevolent Fund, Air Vice-Marshal (Retd) Chris Elliot.

The Defence Infrastructure Organisation’s vision for RAF Benson was for a welcoming all-ranks facility to reduce isolation and allow flexibility in catering for personnel on the busy operational unit.

Group Captain Adam Wardrope, station commander at RAF Benson, said: “This new Common Room is a fantastic facility and it will make a huge difference to the whole force here. It’s been a real team effort to keep driving forward with this project, despite all the challenges that lockdown posed, and we really appreciate how hard DIO and Sodexo have worked to help make our vision a reality.”

The DIO, Sodexo and RAF Benson agreed on plans, coordinated fixtures and fittings and delivered the innovative facility. Despite the complications caused by the lockdown, it progressed quickly and was opened within nine months of approval. Funding for the project was from both public and non-public funds, including a grant of £150,000 from the RAF Benevolent Fund.

Paul Anstey, CEO of Government & Agencies, Sodexo UK & Ireland, said: “The approach focuses on the wellbeing of serving members of the military and their families, helping to relieve isolation and boredom.  Working in collaboration with the DIO and the team on-site has given us an opportunity to create an environment for military personnel to relax in, that’s aligned with the latest high-street dining trends and where everyone is welcome.”