Government intervention must be 'final piece' of the puzzle 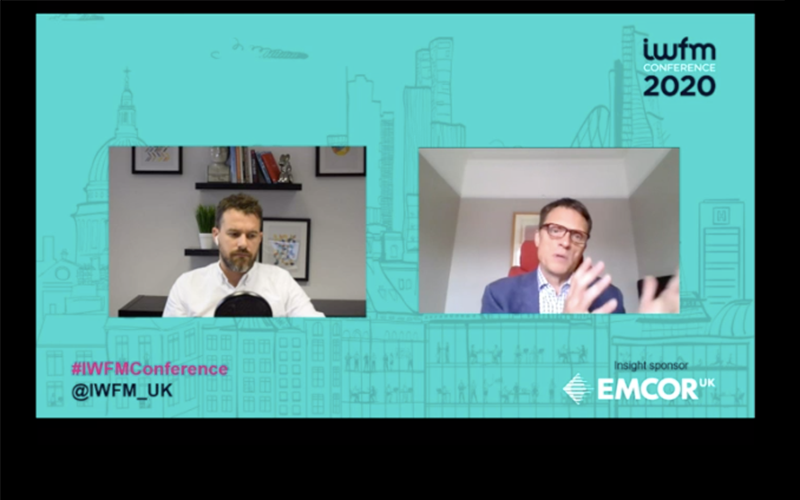 IWFM's Chris Moriarty and the RSA's Matthew Taylor in discussion at the 2020 IWFM conference. – Facilitate

Government intervention needs to be seen as “the final piece of the puzzle” when seeking to fix the problems of sectors and industries such as facilities management, according to Matthew Taylor, chief executive of the Royal Society for the encouragement of Arts, Manufactures and Commerce.

Taylor, who in 2017 published the report ‘Good Work’; an independent review into modern employment, on behalf of the then UK Government, told online attendees of the IWFM conference on Friday that there was a split about the view of the state among people as to the effectiveness of government in dealing with the emerging complexities driving change in sector - and dealing with issues such as low pay.

“Modern government finds it incredibly hard to intervene in complex areas and is loathe to intervene in areas where supporting one group or idea may mean another group might be offended."

Taylor said there was a role for wider civil society in setting the agenda.

“What I think should happen – and we have seen this in some areas – is that it is up to civil society, organisations like IWFM, think tanks, to do the work of getting together and asking how a sector could be different, and how it could be profitable and competitive, but where workers would not have wages which lead to them having economic insecurity or working lives where there is no chance of development or growth.”

“We need to see government and its intervention {as] through regulation or funding - not where we start change from, but as the final piece of the puzzle that we have tried to solve.”

The IWFM conference content is available to view on demand throughout the remainder of 2020. For full programme details, click here.