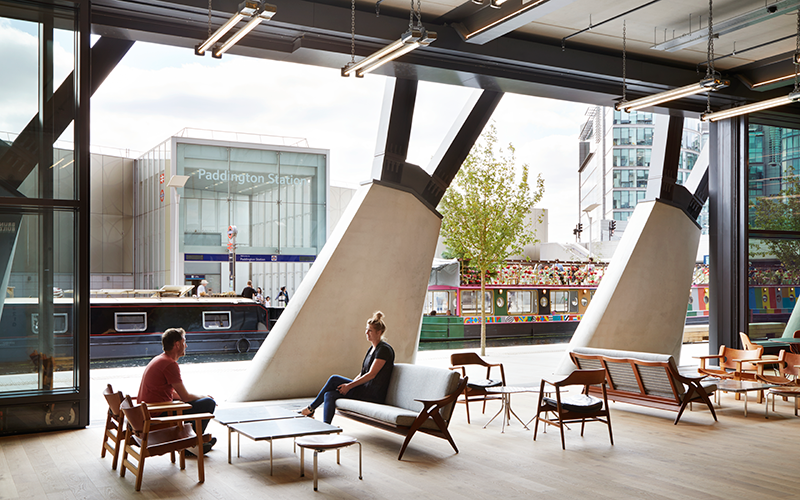 The Brunel Building, 1&2 Canalside Walk, has won the Best Commercial Workplace award in the British Council for Offices’ Awards this week.

The building is “a people-focused establishment, centred around the daily desires of workers, such as access to the canal and underground tube lines, flexible office space and enhanced natural light and air provision”.

Pennington Street Warehouse won the Best Corporate Workplace award. The judges were "struck by the remarkable adaptation of a London Dock Grade II listed building into a single, creative and collaborative design studio, as well as the commitment to sustainability through local sourcing of key materials".

Post Building, won Best Fit Out Of Workplace.  The refurbishment of The Post Building into McKinsey’s new workspace has taken the company from an old, traditional office into a new, modern space that "drives efficiency, enables flexibility and improves connectivity between colleagues". Judges said they were particularly impressed by the building’s focus on access to natural light in aid of workers wellness, encouraging the business to build healthy behaviours.

160 Old Street won both the Refurbished/Recycled Workplace and the Innovation Awards and 5-6 Eccleston Yards has won the Projects Up To 1,500m category.

Phil Breeden, director at Mace Cost Consultancy and Regional Judging Chair for the BCO London Chapter, said: “Deciding on our winners gets trickier and trickier each year as the standard continues to rise. It is refreshing to see our winners having acknowledged the concerns of the modern worker – such as climate change and wellbeing – and acted on these through efficient workplace design. On occasions like this, we are reminded that the office plays a much larger role in people’s lives than it often gets credit for, making it essential for the health of our community”.

Richard Kauntze, chief executive of the BCO said: “It is hugely inspiring to see buildings within the office industry continue to push the boundaries of innovation year after year."

The ceremony marked the 12th year of the BCO Regional Awards dedicated to London and was held online.