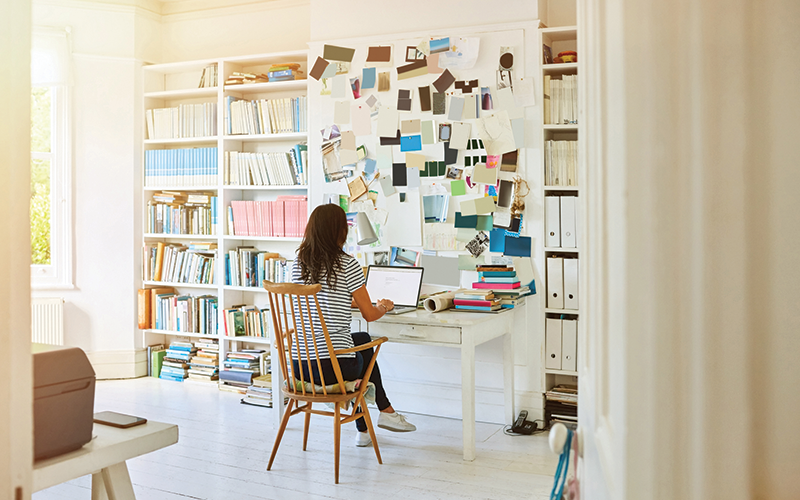 The pre-pandemic 9 to 5 in the office “will be a thing of the past and will stay that way”, according to a new study.

The report by the British Contract Furnishing Association states that the “massive shift in working arrangements that has taken place since March this year will continue and there will not be a universal return to the office when ‘things get back to normal’”.

The report also indicates that speculation about the office being ‘dead’ with businesses moving to full-time remote working “is also misplaced”.

Instead, it says, “a blended working approach mixing the office with remote working looks set to be the future”.

The report also points out how staff working from home reported higher levels of stress, citing loneliness and technology problems as key issues.

Nearly half of working-from-home employees also felt under pressure to show how hard they are working and as a result are working longer hours.

The report said: "Generally, workplace culture does not usually shift rapidly. Rather, it adjusts slowly over a long period of time in response to an accumulation of multiple small changes. The pandemic has forced companies to adapt quickly to the shift to remote working and adapt their culture to reflect remote working practices in order maintain business continuity."

Jeremy Stein, managing director of the BCFA, said: "This report puts beyond doubt that the way people work is going to change. Home and remote working has lost its often negative reputation, however, it is also clear that teams need space to grow, flourish and collaborate together, and the office of the future will need to support this if organisations are to be successful."

Dr Craig Knight, a psychologist who has advised companies on creating workspaces, added: “There are obvious pros and cons for both employees and their bosses. While people have adjusted to working from home well, significant numbers report struggling with loneliness and feeling under pressure to show constantly they really are working.

"Space plays a key role in productivity, creativity, health and wellbeing which can quickly be forgotten. Not everyone has the space or environment to work from home, nor does everyone wish to work alone. Engaged employees are generally those that have choice and control over when and how they work. The office is, and will remain, one of the key spaces for work. At the same time, employers will need to consider the home as an extension of the work environment bringing new challenges for employers.”

The BCFA commissioned independent consultant Where Now Consulting to produce the report. The consultant spoke to a range of small and big businesses in the industry and psychologists as well as analysing current reports and data.