Future of work ‘could revolve around climate change’ 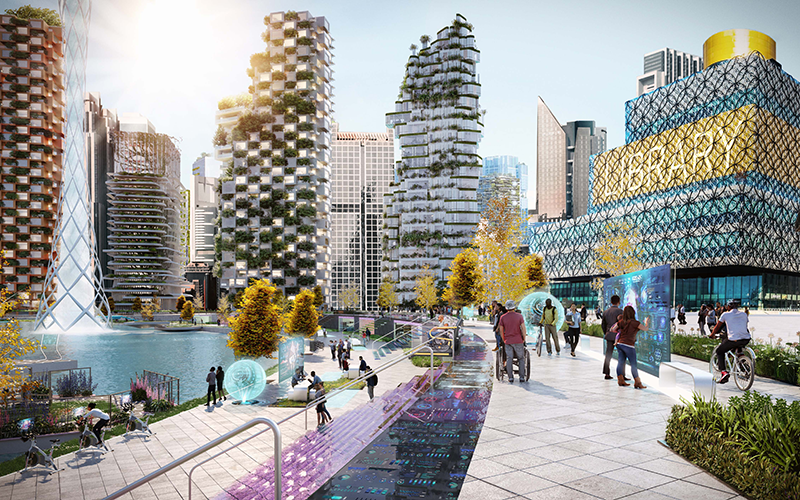 The working practices of the future could revolve around tackling climate change, according to academics and climate activists.

Activist organisation The Climate Coalition has predicted what UK cities could look like by 2100, if the government acts now on issues of climate change by taking a range of practical solutions and applying them to cities.

The Climate Coalition and ice cream company Ben & Jerry’s, worked closely with Serena Pollastri, lecturer in Urban Futures at University of Lancaster and co-author of the UK Government’s Foresight Future of Cities Project, to imagine the “green and positive future” that could be possible.

They say it could "all become a reality in the next century, if ambitious action is included in the UK’s post-Covid economic recovery plan".

It includes cities reinventing themselves as ‘15-minute cities’ – where all amenities are within 15 minutes’ walking or bicycling distance – a change already being discussed by some following the Covid-19 crisis.

Public libraries and shared workspaces would become central spaces for people to work within communities. The vision also includes the adoption of a universal basic income and the reduction of the working week to four days so that people can invest more time into creative pursuits.

Pollastri said: “We know that it is not only possible but necessary to seriously re-evaluate what future we want and how to build it – and we should be doing this with the imminent and far-reaching effects of climate change in mind. This is a real opportunity. The last few months have highlighted and exacerbated the systemic weaknesses and inequalities of the ‘old normal’. In the next few months, decisions which will shape the nature of our communities will be taken, so now is the time to concentrate our efforts and find a better future that is sustainable and fair.”

London (Greater)
Up to £47,276 per annum plus excellent benefits
Reference
59097
END_OF_DOCUMENT_TOKEN_TO_BE_REPLACED