Government green plan ‘does not go far enough on buildings’ 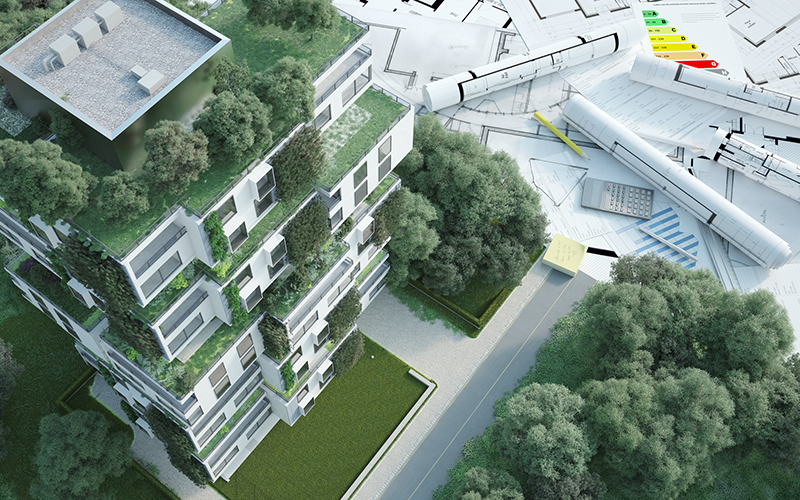 The government's 10-point plan for a green industrial revolution offers “far too little on buildings”, according to the Chartered Institution of Building Services Engineers (CIBSE).

The plan is meant to support the UK’s net-zero carbon target as well as creating and supporting up to 250,000 British jobs and “levelling up” the country.

CIBSE said it broadly welcomes the plan, which in its headlines covers four of the five investment priorities highlighted by the Committee on Climate Change (CCC) including low-carbon retrofit, energy infrastructure, low-carbon modes of transport and investing in nature. It also landed the government for responding to the CCC’s advice by announcing a new ‘green jobs’ task force.

But CIBSE said: “The plan offers far too little on buildings, and in particular about energy demand reduction and energy efficiency: buildings are repeatedly highlighted by the CCC as a critical focus area for decarbonisation policy where significant effort will be needed to deliver net-zero outcomes.

“Investment into renewables and hydrogen production must not detract from the facts, as stressed by the National Grid Future Energy Scenarios: we can only meet net-zero by 2050 if we improve the energy efficiency of homes, buildings and businesses, and build ultra-efficient new buildings.

"Furthermore, the government’s own plan shows that, even at its current small share of funding, decarbonisation of the building sector has the capacity to deliver a large number of jobs, on a par with the energy sector at much lower levels of investment."

Julie Hirigoyen, chief executive at UKGBC, also welcomed most of the proposals for being a “multifaceted approach to tackling the climate crisis”.

She said: “Retrofitting our existing homes, which are some of the draughtiest in Europe, is critical to driving down emissions across the country. We therefore welcome the extension of the Green Homes Grant, which will give installers more time to help more people upgrade their homes. We also welcome the commitment to public building energy efficiency – although this is not new.”

However, Hirigoyen called for clarity “on how much of the £9.2 billion Conservative manifesto energy efficiency commitment is actually being brought forward to support this”.

She added that “whilst a target on the number of heat pumps is a good start, we’ll also need money and incentives to back it up” and recommended that the government should allocate £5.8 billion of public capital over the next four years towards supporting heat pump deployment in existing homes, drawn from the £100 billion infrastructure budget for this Parliament.

London (Greater)
Up to £47,276 per annum plus excellent benefits
Reference
59097
END_OF_DOCUMENT_TOKEN_TO_BE_REPLACED