Data suggests boost in office use during second lockdown 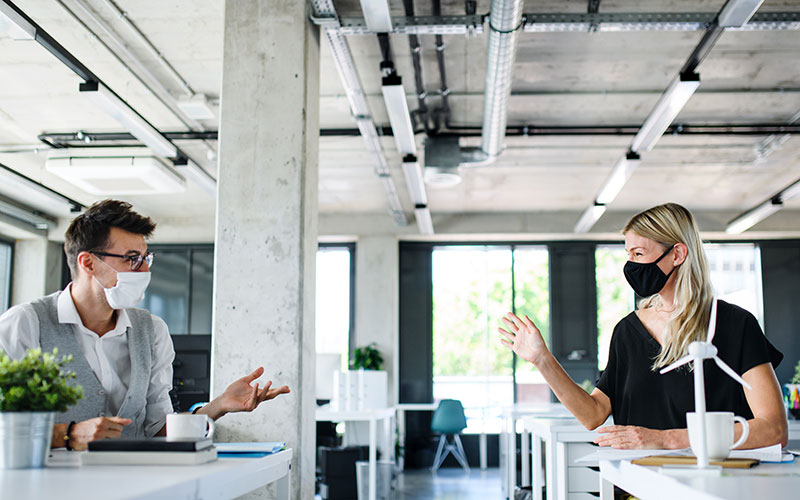 Office occupancy during the UK’s second national lockdown, which ends today, has been up to six times higher than during the first lockdown for some organisations.

The figures are extrapolated through data from smart building technology firm Metrikus from sensors and software installed on behalf of clients representing a variety of owners and occupiers in large office buildings in cities around the UK.

The data is based on an aggregated sample of c.600,000 sq ft of offices in major UK cities. The baseline was established as the peak occupancy across that sample in the first three months of 2020, before the UK's first lockdown came into effect in the second half of March.

Data was collected from two sources: people-counting sensors in the entrances to office buildings to give a baseline for the number of people in the building; and motion sensors inside offices to give an indication activity by showing which spaces are used, at what times of day, and what duration of use.

Metrikus saw daily entries across the buildings it monitors reach an aggregated peak of more than 41,000 in the months before lockdown.

Occupancy in UK offices was just under a third (30.8 per cent) of pre-Covid levels during the first full week of the second lockdown compared with a weekly average low of 5 per cent during March, April and May 2020.

Office occupancy fell to around 5 per cent during the first UK lockdown, but saw a recovery in September and October, with a peak of 44 per cent of workers returning to the office on a single day. The peak day for office attendance during the period from 1 September to 5 November was 4 November – the day before the government’s second lockdown restrictions took effect.

Data for the first full week of the second lockdown – 9-13 November – shows that median office occupancy sank to 30 per cent of pre-Covid levels or 75 per cent of a typical week in October.

Office occupancy rose rapidly during the first two weeks of September, reaching a weekly median of 41 per cent following the relaxing of restrictions in mid-August. Occupancy was unaffected by renewed government guidance on 22 September to work from home. Tuesdays, Wednesdays and Thursdays were the busiest days, with a strong trend for lower occupancy on Fridays that carried on a trend from before lockdown.

The first full week of the second national lockdown saw a 25 per cent fall in occupancy, to a median of 30.81 per cent in the week of 9-13 November, with figures for Monday 16 and Tuesday 17 indicating a stabilisation at this level.

The busiest day in the office before the second lockdown came into effect on 5 November was 4 November, with 44 per cent occupancy, suggesting there was a rush to use offices before restrictions tightened. The study also saw a trend in workers arriving at work later to avoid the rush-hour and ‘eating in’ more at lunchtime. It also indicates that meeting room occupation rose, demonstrating that workers are using the opportunities for collaborative working.

Michael Grant, chief operations officer at Metrikus, said: “Our data suggests that a significant number of companies and workers in the UK have judged that they are not able to complete office-based work from home and are continuing to use the office at a level that is just under a third of normal.

“The next few weeks will be critical to our understanding of the sentiment around the pandemic. But these figures suggest that for many office-based organisations and employees, there is a determination that a return to the office is necessary despite the current guidelines and that working from home is not sustainable for everybody.”

London (Central)
Circa £50,000 per annum depending on experience
Reference
59380
END_OF_DOCUMENT_TOKEN_TO_BE_REPLACED