Workers ‘do not feel completely safe in employers’ buildings’ 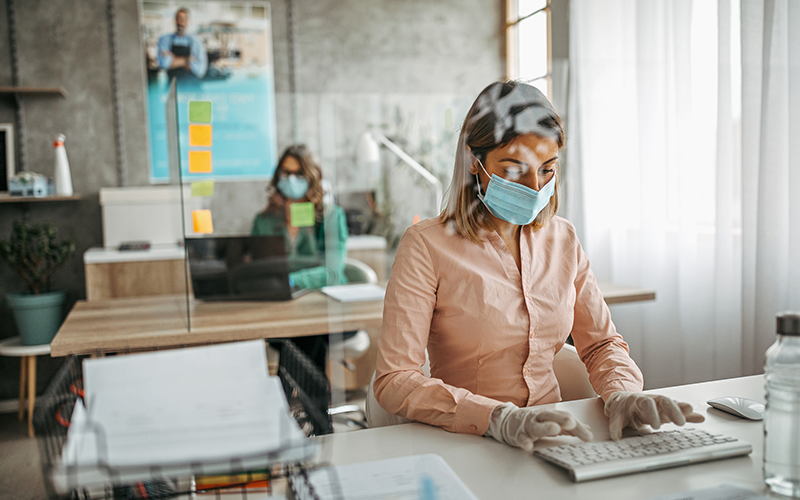 A majority of the UK workforce (71 per cent) does not feel completely safe working in their employer’s buildings, according to research by building technology company Honeywell.

This number is even higher for remote workers (78 per cent), who are especially sceptical about the safety of work sites states the research.

Almost a quarter of remote workers globally (23 per cent) would look for a new job rather than return to a site that did not implement necessary safety measures, (22 per cent in the UK).

Furthermore, only 35 per cent of workers in the UK have received safety training from building management, compared with 41 per cent globally.

To return to work and feel safer, UK surveyed workers view health safety protocols such as social distancing or mandatory masks as most critical (51 per cent), yet only 55 per cent of those working on-site have seen such updates happen. Other top health and safety measures that surveyed workers want include protocols such as temperature checks (45 per cent), enhanced cleaning procedures (41 per cent), touchless door entries (33 per cent), updated air quality systems (28 per cent) and technology for contact tracing (23 per cent).

“Workers are keenly attuned to the steps employers are taking to make their workspaces safer and healthier, especially when it comes to air quality and adherence to safety guidelines, which wasn’t previously a concern for some people,” said Vimal Kapur, president and chief executive officer of Honeywell Building Technologies.

“Air quality, for example, is not something that will be dismissed once we’re on the other side of this pandemic. It will be essential to the occupant experience, and good air quality will help make workers feel more comfortable as they return back to their offices.”

Simone Fenton-Jarvis, workplace services consultancy director at Ricoh told Facilitate: “Safety in most environments was always a given for people, just something they didn’t need or want to know about. Right now, FMs are doing part of what they’ve always done and making buildings safe.

"The pandemic has really brought safety to the front of people’s minds and this research is insightful and highlighting the importance of FM, HR and IT all working collectively in the ‘return’ to the workplace. Ultimately, statistics like these stress the reasons for embedding a people-centric culture and with that comes: listening to the voice of the people, communicating effectively, being flexible to and empathetic of anxieties and managing that effective ‘return’ to the workplace using technology to give people that psychological safety which is much needed. As always the more data organisations have the better.”

The Honeywell survey was conducted by Wakefield Research (www.wakefieldresearch.com) among 500 workers in buildings of 500-plus workers in the UK, between 19 November and 1 December 2020, using an email invitation and an online survey. This was part of a global study of 2,000 people that took place in the US, UK, Germany, and the Middle East. Results of any sample are subject to sampling variation.